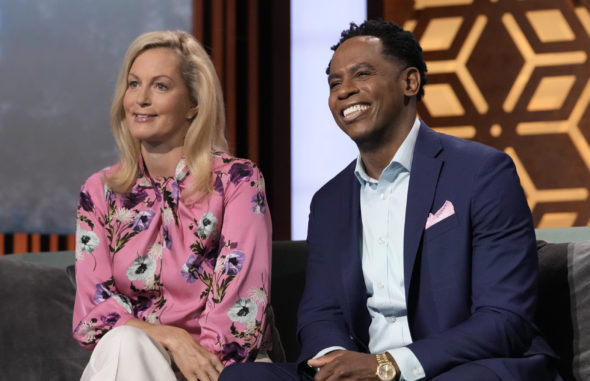 Families may have conflicting opinions on how to raise their families, but they all share the common goal of raising happy, healthy children on The Parent Test TV show on ABC. The television vulture is watching all the latest cancellation and renewal news, so this page is the place to track the status of The Parent Test, season two. Bookmark it, or subscribe for the latest updates. Remember, the television vulture is watching your shows. Are you?

A discussion reality show airing on the ABC television network, The Parent Test TV series is based on a popular Australian program. Episodes explore the many distinct and different parenting styles. From helicopter to child-led parents, 12 families are put under the microscope in the ultimate parenting stress test and will share what they’ve learned about emotional hot-button topics that compare the multiple styles of parenting. The families are put through various situations to foster conversations about how each unit operates. Host Ali Wentworth and parenting expert Dr. Adolph Brown moderate these impassioned conversations amongst parents who may have conflicting opinions on how to raise their families, but they all share the common goal of raising happy, healthy children.

The first season of The Parent Test averages a 0.39 rating in the 18-49 demographic and 2.10 million viewers. While these numbers don’t include further delayed or streaming viewing, they are a very good indicator of how a show is performing, especially when compared to others on the same channel. There can be other economic factors involved in a show’s fate, but typically the higher-rated series are renewed and the lower-rated ones are cancelled. Find out how The Parent Test stacks up against other ABC TV shows.

Will ABC cancel or renew The Parent Test for season two? The alphabet network seems to introduce one or two documentary-style shows each season but few get renewed. I suspect that this one won’t get renewed, either. I’ll update this page with breaking developments. Subscribe for free alerts on The Parent Test cancellation or renewal news.

What do you think? Do you hope that The Parent Test TV show will be renewed for a second season? How would you feel if ABC cancelled this TV series, instead?