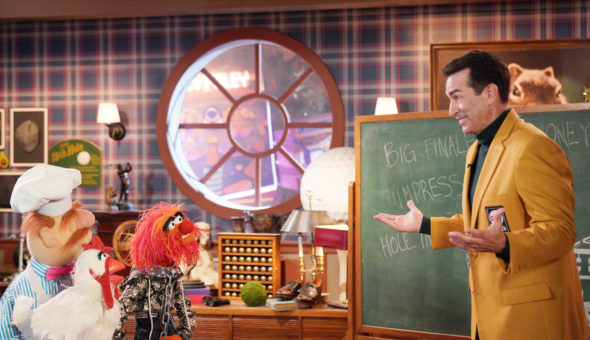 Will the fourth season of the Holey Moley TV show be on par with the rest of the ABC shows? As we all know, the Nielsen ratings typically play a big role in determining whether a TV show like Holey Moley is cancelled or renewed for season five. Unfortunately, most of us do not live in Nielsen households. Because many viewers feel frustrated when their viewing habits and opinions aren’t considered, we invite you to rate all of the fourth season episodes of Holey Moley here.

An ABC humorous golf competition series, the Holey Moley TV show features self-proclaimed mini-golf lovers from around the country as they compete head-to-head through an obstacle-filled golf course. In each episode, contestants put their miniature golf and physical skills to the test as they face off in crazy challenges on the supersized course. The goal is to earn the golden putter, coveted plaid jacket, and a spot in the season’s finals. Returning are on-camera color commentators Rob Riggle and Joe Tessitore, sideline correspondent Jeannie Mai as well as executive producer and resident golf pro Stephen Curry. In season four (titled Holey Moley Fore-Ever), The Muppets join the series and head to the course, determined to help the show stay on air fore-ever. Joining in the fun are Kermit the Frog, Fozzie Bear, Animal, Swedish Chef, Pepé the King Prawn, and Camila the Chicken.

What do you think? Which season four episodes of the Holey Moley TV series do you rate as wonderful, terrible, or somewhere between? Do you think that Holey Moley should be cancelled or renewed for a fifth season on ABC? Don’t forget to vote, and share your thoughts, below.

We love Holey Moley. But only seasons 2 and 3. We did not care for the addition of the Muppets. ABC seems to have to get their digs in their shows now. They obviously are trying to appeal to a younger audience. Which we dont like. Bring back Uranus! That was the best obstacle with the funniest puns.