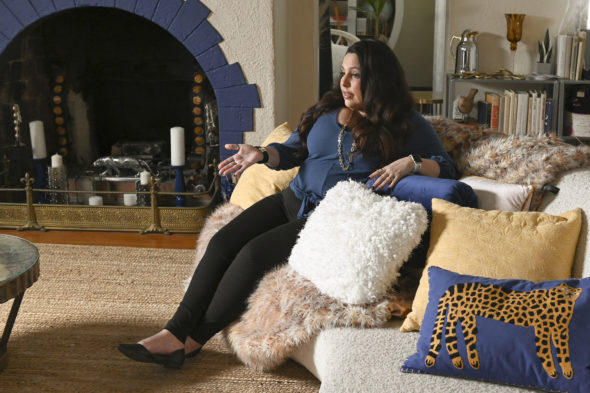 An ABC true-crime docu-series, the Who Do You Believe? TV show lets the viewer be the detective. Each episode takes viewers through compelling real cases from dual perspectives and reenactments. “When a crime has been committed, there are two sides to a story.” The audience steps into the shoes of two contrasting narratives to hear the recounts directly from the victims and criminals with never-before-revealed details. Then, the viewer gets to play armchair detective to deduce and piece together different versions of the truth. There are two sides to every story – and there’s no telling how far one would go for their marriage, child, or way of life. Every episode culminates by revealing key details from the adjudicated cases leaving viewers to question: “Who Do You Believe?”.

Cancel. This show is nothing but he said she said ********. In the end, they still don’t give you any closure or confirm anything. You’re basically listening to two people bicker and you decide which one you like better. No clues, no real evidence, based solely off a your own popularity vote. It would be fantastic if at the end they’d be like yeah “…. Is the guilty party.” But instead, they ask you again, “so who do you think did it.” The first episode, both appeared to be annoying, fake, sociopaths. In the end, turns out I get to… Read more »

Clearly Charity was on some type of Benzo during the show, completely high, and is clearly has some issues.

I do not like how the truth is not revealed anywhere….too frustrating. After i watched the entire episode, there were no options to find the “truth”! I will not be watching again. Its like the final chapter being removed from an interesting book..

Charity is clearly a scammer and a con artist. Mark surely has some control issues but Charity comes off as a total liar.

Terrible show. Shut it off after 20 minutes. Should be cancelled.

Definitely agree! Not sure why you’re getting so many thumbs down votes. This show is so pointless.

I believe Mark. Charity was so sketchy. The wedding situation, having friends move stuff out of Mark’s house, quitting her job, and spending bundles of money to me seems flaming red alerts.

I want my hour back! Had I known there would be no resolution, I would not have wasted my time. I thought eventually the crime/criminal would be revealed at the end. This is just reality TV. Not true crime. I feel manipulated.

Who cannot see through this woman? What a con she had going and in the State of Texas it surprised me spousal support was granted. I got divorced in Texas and I could only get awarded child support so shame on the judge. I think this man got taken to the cleaners by a professional con artist. She deceived him with her profession, her martial status, had a criminal history. The program never had any criminal fault against him at all and if he really tried to kill her she would have filed charges against him.

Mark is definitely one of the biggest control freaks I have ever seen. But I do believe Charity took advantage of the the situation. Mark contradicted himself several times and never skipped a beat with his delusional stories.

Yes, Charity is a con-artist and liar, she has a lame excuse for everything.