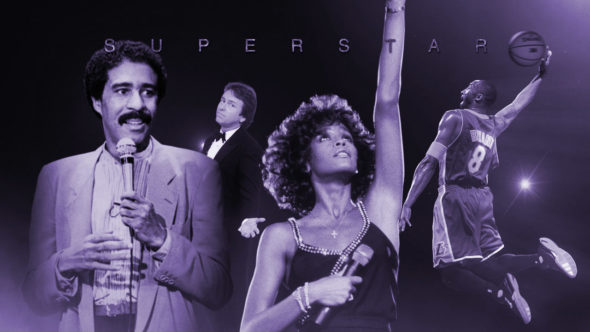 Which stars in the first season of ABC’s Superstar TV show have burned the brightest? As we all know, the Nielsen ratings typically play a big role in determining whether a TV show like Superstar is cancelled or renewed for season two. Unfortunately, most of us do not live in Nielsen households. Because many viewers feel frustrated when their viewing habits and opinions aren’t considered, we invite you to rate all of the first season episodes of Superstar here.

An ABC News biography series, the Superstar TV show features rare footage and intimate details about the mavericks who shaped American culture. Subjects include Whitney Houston, Kobe Bryant, Robin Williams, John Ritter, and Richard Pryor. The series travels deep inside the lives of these icons and features interviews with friends and family who reveal the meteoric highs and the devastating costs of fame.

What do you think? Which season one episodes of the Superstar TV series do you rate as wonderful, terrible, or somewhere between? Do you think that Superstar should be cancelled or renewed for a second season on ABC? Don’t forget to vote, and share your thoughts, below.