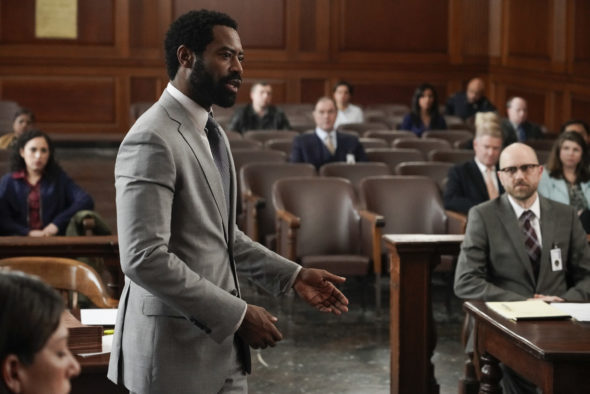 Can one make a difference in the first season of the For Life TV show on ABC? As we all know, the Nielsen ratings typically play a big role in determining whether a TV show like For Life is cancelled or renewed for season two. Unfortunately, most of us do not live in Nielsen households. Because many viewers feel frustration when their viewing habits and opinions aren’t considered, we invite you to rate all of the first season episodes of For Life here. *Status Update Below.

An ABC legal and family drama, the For Life TV show is inspired by the life of Isaac Wright Jr. and stars Nicholas Pinnock, Indira Varma, Joy Bryant, Dorian Missick, Tyla Harris, Mary Stuart Masterson, Boris McGiver, Felonious Munk, and 50 Cent. The series follows the tale of Aaron Wallace (Pinnock), an incarcerated man who becomes a licensed lawyer while still in prison. Wright litigates cases for other inmates while fighting to overturn his own life sentence for a crime he didn’t commit. Wright’s quest for freedom is driven by his desperate desire to reclaim the life that was stolen from him and to get back to the family he loves – his estranged wife, Marie (Bryant), and his daughter, Jasmine (Harris). Through the window of Wright’s ferocious struggle and complicated relationship with a progressive female prison warden (Varma), the series also examines the flaws and challenges in our penal and legal systems.

What do you think? Which season one episodes of the For Life TV series do you rate as wonderful, terrible, or somewhere between? Do you think that For Life should be cancelled or renewed for a second season on ABC? Don’t forget to vote, and share your thoughts, below.

One of the better shows on tv.

Absolutely love “For Life” and it should never have been canceled! Television is lacking good quality shows like this one. Please bring it back!!

I Love, Love, Love, For Life. The storyline was excellent along g with the characters. I couldn’t wait each week to watch this series. It would be absolutely fantastic if
this show would be revived. I am rooting for a renewal oh this show!!!

PLEASE renew For Life!! Love the characters, storyline, everything!