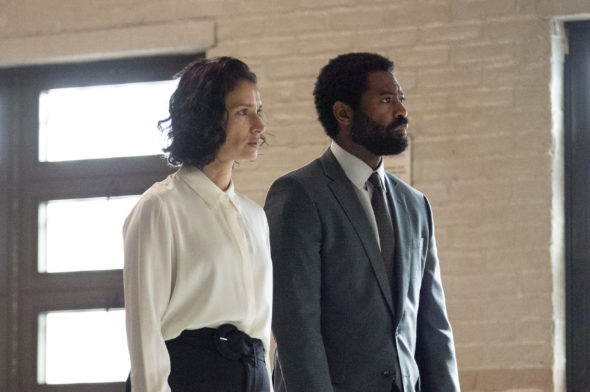 For Life is tackling the COVID-19 pandemic when it returns from its winter hiatus. New episodes of the second season of the ABC series will arrive in late January.

Nicholas Pinnock, Indira Varma, Joy Bryant, Dorian Missick, Tyla Harris, and Timothy Busfield star in the drama, which is inspired by the life of Isaac Wright, Jr. The series tells the story of Aaron Wallace (Pinnock), an incarcerated man who becomes a licensed lawyer while still in prison. Aaron litigates cases for other inmates while fighting to overturn his own life sentence for a crime he didn’t commit. In season two, Aaron continues his battle against the political machine that once put him away undeservedly while trying to rebuild his life on the outside.

ABC revealed more about the mid-season premiere in a press release.

“After an urgent call from Bellmore concerning the growing COVID-19 pandemic, Aaron enlists Safiya’s help and heads back to the prison to investigate. Meanwhile Marie faces a choice: Expose her family to the virus or go all-in at the hospital on ABC’s For Life, WEDNESDAY, JAN. 27 (10:00-11:00 p.m. EST), on ABC.”

What do you think? Are you a fan of For Life? Do you plan to watch the new episodes when the series returns in January?

I love this show! Its so inspiring and love true stories. Please return soon!

I sure hope they return for life , the corrupt government etc , need to be caught , Wallace needs to be freed , then put those away that done him wrong , very good show ! thanks