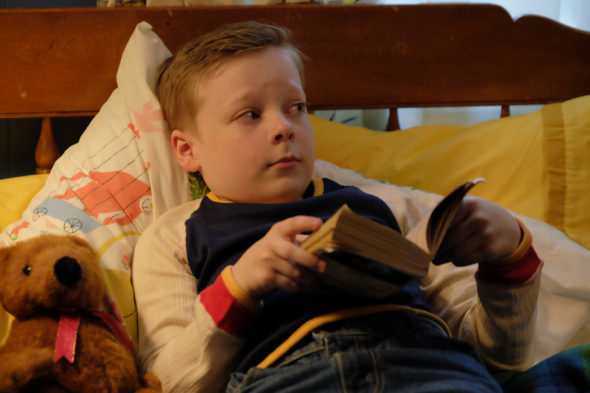 Are the Clearys surviving the ’70s? Has The Kids Are Alright TV show been cancelled or renewed for a second season on ABC? The television vulture is watching all the latest cancellation and renewal news, so this page is the place to track the status of The Kids Are Alright, season two. Bookmark it, or subscribe for the latest updates. Remember, the television vulture is watching your shows. Are you?

5/10/2019 Status Update: The Kids Are Alright has been cancelled. There will be no season two. Details here.

What do you think? Did you hope the The Kids Are Alright TV show would be renewed for a second season? How do you feel now that ABC has  cancelled this TV series, instead?

We LOVE this show. My husband and I live to watch it, it reminds me if how I lived back in the 70,s. Keep it going for the season 2 shows. Again WE LOVE IT.

Great show. We really enjoy it. Really sad to see a good show like this probably get cancelled. Too many smut shows on that should be cancelled along with WAY too many reality shows.

I really want to see more seasons of this show

Please renew this show. Excellent writing and casting. All if these actors work so well together. It’s one of the few shows on TV that doesn’t have drug use, sex acts or innuendo, gruesome/bloody scenes, crime; isn’t a law or medical show .

Hey ABC! Please renew The Kids Are Alright. It is easily the funniest show on your network and the only comedy I watch that really makes me laugh. You can scuttle most of the rest of your lame comedies like Modern Family, Black-ish, Single Parents and American Housewife, but please keep a geniunely funny comedy on the air!

This is a perfect time capsule of the period! Please do not Cancel this show! There is very good writing here which is hardly found anymore on TV.

This is the only show I watch on ABC. Why do they keep pre-empting it for other crummy shows? If ABC cancels this show I really hope FOX picks it up and airs it back to back with Last Man Standing.

Please don’t cancel. One of the few shows I look forward to watching every week.

Oh I hope they don’t cancel The kids are alright. I grew up in the 70’s and 80’s and it brings back so many memories like the Tupperware they use in the kitchen and how the mom and dad talk to the kids. Love it.

I really look forward to watching this show! It takes me back to when I was teenager…Nostalgic memories…
It has a very different perspective. Please do not cancel this show.

The Kids Are Alright is a great show. Funny a original. Its one of the shows I look forward to watching every week. Every character is funny and interesting. I can’t believe the ratings are not great. Something is wrong with the timeslot or day. The fine intertainment is there. The shirts the kids use are real to the time. Some of those shirts I had. they need to bring that style back. Please don’t end the show. The episode where the dad dragged Eddie to confession for something he didn’t do was so funny.

This is a terrific show!!!You just have to understand the sarcasm and know that is how not to raise kids. Please Please Please renew!!!!!!!

we need this show to be RENEWED! it is the funniest show that we look forward to each week. PLEASSSE

Love this Show! It deserves to be Renewed! the Ratings maybe low because they put the bachelor and Modern Family in it’s place instead of continuing it every week!, plus they put the Housewife Show and moved the Connors! More Exposure/Advertisement and it will do fine!

The Kids are alright is a great show. Very funny and written very well. Please keep it on.