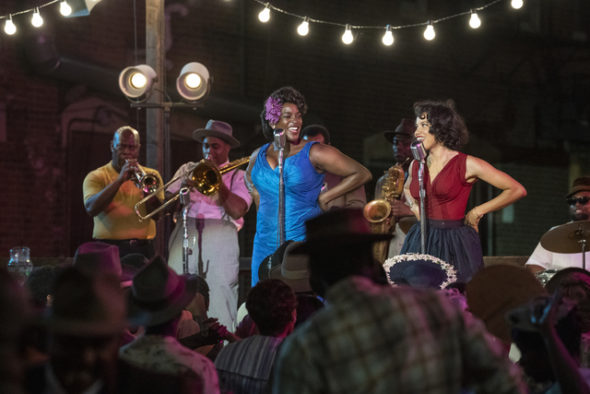 An HBO horror drama series, the Lovecraft TV show is based on the novel of the same name by Matt Ruff. The series stars Jurnee Smollett, Jonathan Majors, Aunjanue Ellis, Abbey Lee, Jada Harris, Wunmi Mosaku, and Michael Kenneth Williams with Courtney B. Vance, Jamie Chung, Jamie Neumann, Jordan Patrick Smith, and Tony Goldwyn in recurring roles. Set in the 1950s, the story follows Atticus “Tic” Freeman (Majors) as he journeys with his childhood friend Letitia (Smollett) and his uncle George (Vance). They’re on a road trip, looking for Atticus’ missing father, Montrose (Williams). The trio’s search-and-rescue turns into a struggle to survive as they try to overcome both the racist terrors of white America and monstrous creatures that could be ripped from a horror paperback by H.P. Lovecraft.

What do you think? Which season one episodes of the Lovecraft Country TV series do you rate as wonderful, terrible, or somewhere between? Do you think that Lovecraft Country should be renewed for a second season on HBO? Don’t forget to vote, and share your thoughts, below.

*7/3/21 update: Lovecraft Country has been cancelled on HBO.

The show is just awful. It will make you angry at the tv screen. Do not. watch it. Its not just bad, its insulting.

“Lovecraft Country” is one of the best shows I’ve seen in years. It’s an original which spans many genres — drama, scifi, spiritual, metaphysical, and humor. The cast is first-rate. Each episode is uniquely different and almost a stand-alone. Please bring it back for a 2nd season (despite the “death” of certain characters)!

Lovecraft Country is one of the best HBO Series Shows since The Game of Thrones, hands down. The episodes are addicting – each one gets better than the next. I got my husband hooked on it also! Please HBO renew this show for another Season – I will be having withdrawals once the finale episode is over!!

This show is awesome I hope is comes back on.my husband turned me on to this so I knew it was going to be good.please please bring it back.thank you

I like the show and hope it is renewed.A lot of good shows had a slow start. I have a feeling this show will make it,if you give it a chance.

I love this show already. It’s not bad at all. Watch for yourself people

We have DISH so we don’t get HBO but if we did I might try this one… looks interesting.

Do yourself a favor don’t watch this, it’s bad.

It’s a good show. People think it’s bad because they don’t like seeing racism and how it was.