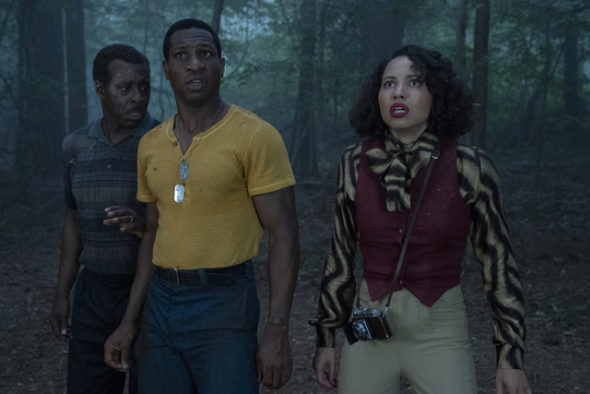 TV show description:
A horror drama series, the Lovecraft TV show is based on the novel of the same name by Matt Ruff.

Set in the 1950s, the story follows veteran and pulp-fiction aficionado Atticus “Tic” Freeman (Majors) as he journeys with his childhood friend Letitia (Smollett) and his uncle George (Vance). They’re on a road trip from the South Side of Chicago to “Ardham,” Massachusetts in the time of the Jim Crow laws and enforced racial segregation. They’re looking for Atticus’ missing father, Montrose (Williams), who may have gone looking for insight into Atticus’ late mother’s ancestry.

As they journey across the Midwest, Tic, Leti, and George encounter dangers lurking at every turn, especially after sundown. The trio’s search-and-rescue turns into a struggle to survive as they try to overcome both the racist terrors of white America and monstrous creatures that could be ripped from a horror paperback by H.P. Lovecraft.

Series Finale:
Episode #10 — Full Circle
After discovering the truth about the origin of the Book of Names, Atticus and his relatives return to Ardham to cast a final spell there.
First aired: October 18, 2020.

What do you think? Do you like the Lovecraft Country TV show? Do you think it should have been cancelled or renewed for a second season?

I really liked the series of Love Craft Country….Thank you for considering a second season. You need to find a way to bring back to life the character of Atticus.
This is showing the stereotype of killing off the Black men in the family.
Make that happen please