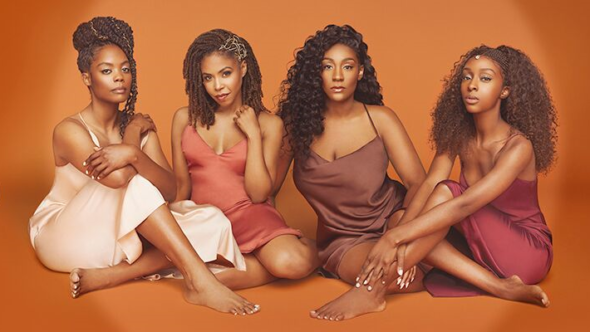 Tyler Perry has produced other successful TV shows but Sistas is one of the first series he’s done under his deal with BET. Will it also be a success and run for many years? Will Sistas be cancelled or renewed for season two? Stay tuned. *Status update below.

What do you think? Do you like the Sistas TV series on BET? Should it be cancelled or renewed for a second season?

I love Sistas! I am going to miss watching it Wednesday. I has become my favorite show- hands down. I have my fingers crossed that there is a Season 2! I just love it.

I thought it was ridiculous had they handled the arrest scene. The way the officier talked to her, would not let her get her phone and dragged her out of car. It was overdone and I felt sorry for the actress.

I love to watch Sistas. Can hardly wait for season 2.

I love sistas!!!! Going to miss watching it on wednesday night. Looking forward for season 2!!

I absolutely love Sistas!! I cannot wait for Season 2!! I agree that its ratings should be higher!!

I agree with you Debbie Foster the writing and acting is bad,it’s like he runs out of things to write so he’ll repeat things over

It started out good, but went downhill quickly. The writing is bad, the acting is bad, the production is cheap…but at least the people are beautiful. I can’t see it making another season, it’s so far off the tracks.

I kind of like this show, but it has too many mistakes in it, it’s like Mr.Perry forgets what has already been said so a lot of it dont make sense.

I love the show. Haven’t missed a show.

What is the new channel for Tyler Perry ‘s Sista show?

By the way This show should be rated higher than what it is.

I love Sistas!! Finished the whole season in two days. Really hoping there will be a Season 2.