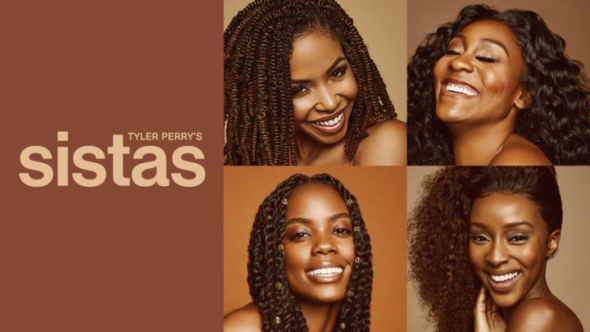 Does Tyler Perry have another hit series? Has the Sistas TV show been cancelled or renewed for a second season on BET? The television vulture is watching all the latest cancellation and renewal news, so this page is the place to track the status of Sistas, season two. Bookmark it, or subscribe for the latest updates. Remember, the television vulture is watching your shows. Are you?

The first season of Sistas averaged a 0.25 rating in the 18-49 demographic and 889,000 viewers. Find out how Sistas stacks up against other BET TV shows.

Will BET cancel or renew Sistas for season two? Given Tyler Perry’s Viacom deal and the show’s ratings, I suspect this Tyler Perry series will be renewed. I’ll update this page with breaking developments. Subscribe for free alerts on Sistas cancellation or renewal news.

5/13/20 update: Sistas has been renewed for a second season on BET.

What do you think? Are you glad that the Sistas TV show has been renewed for a second season? How would you feel if BET had cancelled this TV series, instead?

The movie s amazing, please stop joking around and tell us if there is a season two. Thank you

Tyler this is an excellent show. It speaks truth to the essence of a black women’s life. Please bring back a second season. Don’t cancel!