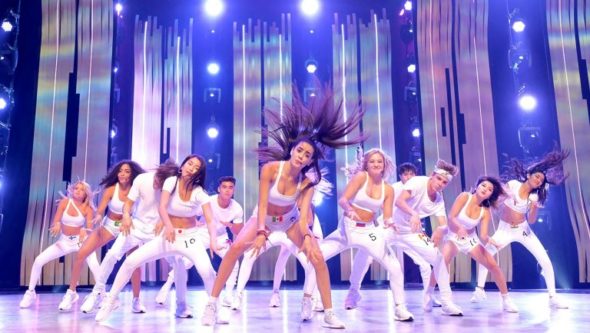 Is there a future for game shows on FOX? Recently, network executive Rob Wade spoke with Deadline about the futures of TV shows like So You Think You Can Dance, Spin the Wheel, and Mental Samurai.

A long-running dance competition series, So You Think You Can Dance is currently airing its 16th season. Meanwhile, the game shows Mental Samurai and Spin the Wheel debuted their freshman season this year.

At this year’s summer TCA press conference, Wade revealed the network has still not decided whether or not to renew Mental Samurai, So You Think You Can Dance, or Spin the Wheel for more seasons:

We obviously have a lot of other shows, So You Think You Can Dance, Spin the Wheel, Mental Samurai — we have to consider all those as a group,” Wade said, hinting that not all will make the cut. “I can’t pick up everything, I need to leave some room to take some shots.”

And while the futures of Mental Samurai and Spin the Wheel seem tenuous, it does look like So You Think You Can Dance has a stronger chance of a returning to FOX for another season. When asked about its renewal chances, Wade praised the series and its Emmy nominations:

It’s a good show, and it’s got three Emmy nominations. I think they do a good job, I think it continues to perform ratings-wise — overnights, its L7s are very good. When you compare it with other shows on TV at the moment, it does very well.  We haven’t made a decision yet.”

What do you think? Do you watch So You Think You Can Dance, Mental Samurai, and/or Spin the Wheel? Do you want more seasons?

SYTYCD has been my addiction for 16 seasons! My BFF and I watch it together every week. We go to the live tour shows when they come to our town. We would be heartbroken if they were to cancel it. The amazing talent that had come out of that show, Travis Wall ALONE, has been an incredible gift to this world.

I love sytycd. I would be lost without it. It is one of my favorite of all times. I dont watch much on any of the 3 major tv stations except when sytycd is on. Please dont remove it. It gives kids the desire to dance.
It is a special show!!!

SYTYCD is one of my favorite shows! And I can’t dance at all. I simply love the beauty, the grace, the funk, the skill, and the passion that these incredible dancers display. I watch a lot of dance shows, buy SYTYCD is by far my favorite! Please, never cancel it!

I love So you think I can dance. I have watched every season. It is very inspiring and entertaining. It would be very disappointing if that show wasn’t renewed.

So you think you can dance. Love it.
Watch every year. Didn’t care for this years try outs but love love it orherwise.

This show is so inspiring for young dancers. It would be a tragedy to remove this platform for the future of thousands of the most talented dancers anyone has ever seem.

So you think you can dance is one of my favorite shows. Keep it going!!

Been watching do you think you can dance since the beginning please keep it going… maybe you can have the kids again. This show is sooo awesome, I’ve never watched the other shows.

I was a faithful watcher of SYTYCD. I am very disappointed with this season. The judges decisions were contrary and has not reflected true talent so I removed the show from my dvr list and stopped watching.

I’m a big fan of So you think you can dance and would love a 17th season.

I’ve been watching SYTYCD since day one & was disappointed when last season was shorter than past seasons. I’d be extremely disappointed if it was cancelled. It’s a show that I look forward to all year.

I’ve been watching sytycd from the beginning and I haven’t liked this new format. I think there is a much better way to do it where they are showing all top 20 off. I feel cheated with these seasons lately. Pair the top 20 up with eachother like they used to until you get to the top ten then bring the all stars in and pair them up with them. Cutting it down to 10 immediately is just stupid! I also enjoy spin the wheel, we watch every week. They give money to people who deserve it, I don’t see… Read more »

I love sytycd…I prefer the original style of the show but get how tv execs feel the need to change it up. The show has always been high quality and advances the world of dance. Introducing a nation to choreographers and art that they might not been aware of or have the opportunity to see. It’s aspiring and career launching. I hope it never gets canceled. There’s nothing good on in the summer anyways, it’s like tv companies use the summertime to s see what sticks (like spin the wheel), mostly shows with no real content.

Been watching, So you think you can dance since day one…keep it going please

So you think you can dance is an inspiring, talent filled show. It gives talented hard-working kids a chance for a career. It also showcases new music by a variety of artists. Keep it going!