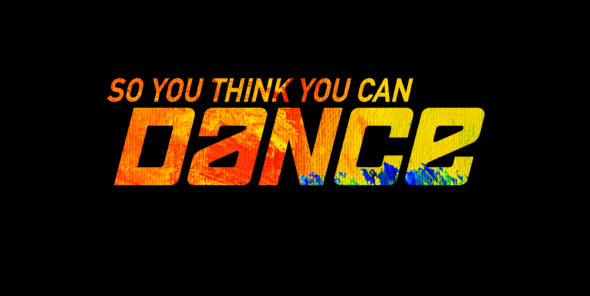 Hosted by Cat Deeley, show auditions are held all across the United States as the search continues for America’s next great dance talent. From the local auditions, judges choose 50 dancers to travel to Las Vegas to compete in multiple rounds of rigorous auditions.

At the end of those trials, the auditioners are narrowed down to the top 16 dancers — eight male, eight female. Dancers are then paired together and each week are assigned a different style of dance and choreographer to prepare them to perform a routine for the live audience.

After all dancers have performed, viewers are invited to vote for their favorite couples. The three couples with the fewest number of votes face elimination in the next episode. After each dancer facing elimination perform a solo routine, the judges decide who has danced their last steps on the show and is sent packing.

When 10 dancers are left, contestants randomly choose both a new partner and a new style of dance each week. When there are only four dancers left in the competition, viewers vote for their favorite and the person with the most votes wins a hefty cash prize, job opportunities, and the satisfaction of being “America’s Favorite Dancer.”

What do you think? Should the So You Think You Can Dance TV show be cancelled or renewed for another season on FOX?

This is Fred crenshaw again writing to support the so you think you can dance. I of course love beautiful dancers/ dances. What I really miss more than this however is the humanity, compassion and passion of the series. I have a few of the episodes on DVD that I watch to remind myself of the pure joy and skill ( I once saw a man spin on his head without the use of his hands at least 20 times) .These qualities are nowhere to be found on TV today.

So You Think You Can Dance on new season 2022

This post was written on 4-7-21. I really miss so you think you can dance last year but during the ragging pandemic it is understandable. I know it would be difficult to stage this show being partner driven, but we know so much more about the virus we can fix it so it will be safe. Possibly pairing permanent partners together for the duration of the show. I have watch SYTD do miraculous things over the years. If anyone can do this they can. We need to show people working together.

I don’t care for very many reality series Except for 1; ” So You Think You Can Dance ” !!! I’ve been a Dedicated FAN since day ONE. I never Missed an Episode or Season. Please Leave this Show on !!!!! ❣

Love this show. True talented dancers. Keep it on!!!!!

Agree! Love it! Keep it!

This used to also be my favorite show. I no longer watch it because I do not like watching kids. There are enough kids dance shows already out there with them all doing the same thing. Bring back the adults.

I agree with Teresa. The kids will have their chance when
They grow up. Adults only, please

I also Agree about the Kids one !!! I Actually think it should be a spin-off from the SYTYCD Series What about you ??? It seems Network’s are getting desperate for New ideas for new Shows. So, why don’t they make that as a Spin-off ?

This show introduces us to a wide variety of dance & also allows many different dance styles to perform. I hope it stays on the air — its one of a kind & very enjoyable.

No date yet. You can watch the status of FOX TV shows here.

They haven’t announced any updates.

SYTYCD alway finds such amazing talent. These kids are not just Reality
stars: all pout, attitude, nasty ambition, fake talent; they are the real thing:
beautiful, emotional, genuine, brave, real artists, incredibly quick. Can you
imagine learning that amount of choreography on a time limit, and performing
full out on cue? These are wonderful kids, aided by wonderful judges and
choreographers, and scenic-lighting-costume artists. It’s a glorious show,
with true surprises, passion; and it’s inspiring how it introduces so many
different styles of dance to both the audience and the contestants.

Wow ! I couldn’t have said that Better. So well put Thank You

[…] addition, So You Think You Can Dance will kick off its ninth season on Thursday, May 24th, and then move to Wednesdays. The hoofer […]