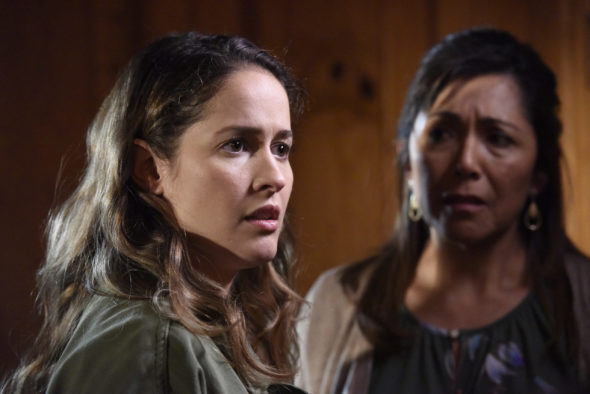 Station 19 ended its third season on ABC earlier this week, and fans of the series will see some changes to one of the lead characters when the show returns. Andy made a huge discovery about her family in the final moments of the episode, and the discovery will have a huge impact on her.

In an interview with Deadline, Krista Vernoff spoke about the fourth season of the ABC series. She said the following about what fans would see next on Station 19:

“Absolutely it changes her, but we don’t have a writers room together for Season 4 yet, so that will be the fun of our work over the next couple of months. I mean, for sure Andy is having a reckoning. She’s having a period in her life where it all comes tumbling down, and delusions fall away, and the stories she was told as a child turn out to not be true, and the big question is, what is true? Why did her dad lie to her about this? Why did her mom participate in this lie? What has happened? I think that’s going to be a big deal in Season 4.”

As it now, there is no set production date for season four of the drama.

What do you think? Were you surprised by the big revelation in the final moments of season three of Station 19? Are you excited to see what happens next?

Love this show,please leave Pruitt Herrera’s character as was , a nice guy .

Love this show so much, just please dont make Pruitt Herrera out to be a ******* , he appeared to be a loving caring person to the crew,and Andy was a great character, but is changing her personality to much, hard to say who she really loves .

I really like this show, I wish the Captain didn’t die, but the story line was well played. Andy appears to be a bit “over the top” professionally and personal. But that’s the show !! Keep it going !

I was surprised that Andy’s mother was still alive and I’m looking forward to the next season of Station 19, but I wasn’t happy with that, so far, Andy’s father’s memory is being besmirched. I love the show but didn’t like that aspect of the storyline.

I love Station 19. I hope Andy stays with Robert and that they fill us in on why her mom pretended to be dead all these years. Please don’t cancel and leave the loyal fans ganging

I love Station 19 . I hope Andy and Sullivan stay together, have a couple that will actually make it work. I’ll be so disappointed if they don’t. Glad to see that her mom is alive and can’t wait to find out what really happened..

I watch this mainly because of the Grey’s Anatomy tie in. To many sexual situations between co-workers make it feel icky. The surprise ending though was one of the better cliffhangers. Needs to focus on more realistic fire themed stories.

I think that Station 19 does not remotely compare to Chicago Fire, or 911, or any other fireman show that I have watched !!! I just don’t care about the characters.

Absolutely love this show and all the actors/actresses. Can’t wait for the next season!

I was glad that I watch the season finale live and not on my DVR because I was shocked when I saw that Andy’s mother is alive and well. I can’t wait to learn the whole story of why he lies about Andy’s mother is dead in the new season

I was surprised. But Andy needs some serious therapy. She is one screwed up girl, thanks to her parents. Please get her character therapy. Want to see fire fighting and rescues, not mentally screwed up characters.

Yes I was very surprised and shocked at the ending. Can’t wait for the next season. I just hope they don’t kill anyone else off. Very sad to see 3 people killed off. Love this show. One of my favorites.

I loved Station 19 Season 3 finale. Some of the relationships endings were bittersweet. I look forward to watching Season 4 when it is released to find out why Andy’s Mom was out of her life since she was 9 years old. What happened between her and Pruitt? Did she leave him for another man and possibly start a new family? I was upset to watching Sullivan go through such pain and not finding Andy by his side when he woke up. That was bad on Andy’s part. I was saddened when Dean asked Victoria to leave his home. Yikes!… Read more »

Very surprised! Can’t wait until next season! I love all the characters and the actors/actresses on the show!

o yea that was big shock