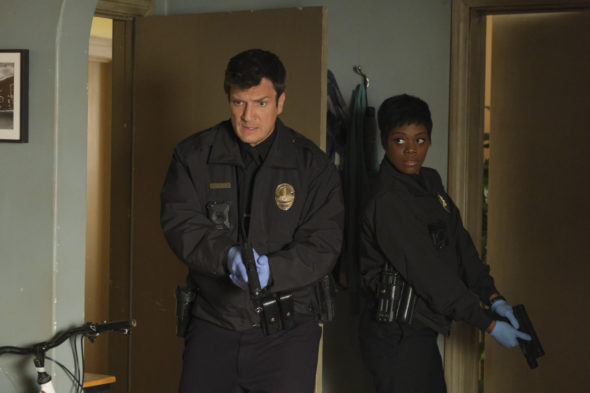 Loved the programme being shown now in the UK, glad they have made a 2nd series.

Margie and Gene B

Both of us are excited that the show is returning soon. It is one of the best written and cast shows on TV. We have recommended it to everyone we know who watches TV. Thank all for the renewal.

The Rookie Is Very Enjoyable, and Entertaining. My Husband and I like it very much

I like the show. It is nice not to have so much cursing and sex in a show.

Absolutely, my husband and I love the show and are looking forward to season 2.

I love the Rookie !! Cant wait for new season !

She was a very important actor on the show and I was looking forward to seeing where her character ended up.

Sorry to hear she is leaving the show. Her character was one of my faves.

I LOVE this show, too! I’d love to see it go on until they’re NOT Rookies. Afton will be greatly missed. I really liked her character.

Love the show .It’s one show my wife and i will watch together.

Love this show!! Nathan and his co-workers are great and funny all at the same time. I give two thumbs up!!

I loved the show and will miss the actress.

So happy The Rookie is coming back! I am interested in how they will play her out and hope for an open door for her return. It is a great show. So tired of all the fake reality shows taking over the networks.

I will miss her, she is a dynamite actor. Don’t need another jar head, but love the show