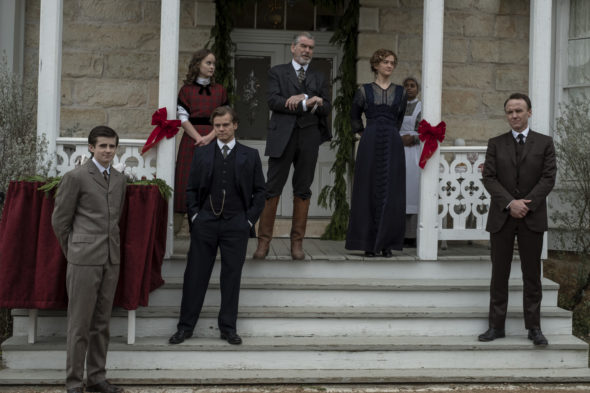 Is it the end of the line for Eli McCullough? Has the The Son TV show been cancelled or renewed for a third season on AMC? The television vulture is watching all the latest cancellation and renewal news, so this page is the place to track the status of The Son season three. Bookmark it, or subscribe for the latest updates. Remember, the television vulture is watching your shows. Are you?

Well, we don’t have to spend this season wondering whether AMC will cancel or renew The Son for season three. When the network announced the long-awaited debut of this new installment, it also confirmed The Son is ending with season two. Sit back and enjoy the ride, secure in the knowledge that I will be making dinner preparations. I’ll still update this page as the ratings come in and if there’s any news of a spin-off, I’ll let you know that too. Subscribe for free updates on The Son cancellation and renewal news.

What do you think? Is The Son TV series ending at the right time? If it were up to you, would AMC have cancelled or renewed The Son for a third season?

Bri g it back ! Awesome acting and plot.

Love The Son, just as good as Yellowstone. Bring it back.

Really good a bit different from the normal shows about at the moment.
A shame to pull the plug, they were just getting started!
Let’s hope they have a rethink soon

Bring back The Son or a modern update with flashbacks.

This series is a great story! Shouldn’t be canceled

We really enjoyed this series but I was disappointed that it has been canceled without a proper ending on season two. I hope that they will change their mind and bring it back!

Please continue the series it is great !