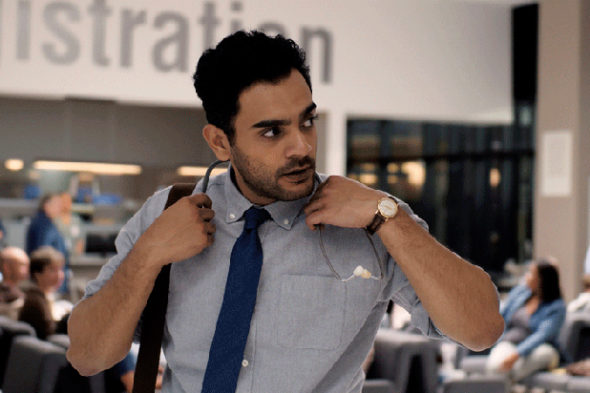 Transplant will premiere on NBC sometime during the 2020-21 season, and we now know that Canadian fans will see a second season on CTV. Season two of the Canadian medical drama could land on NBC at a later date as well.

Bell Media revealed the following about the renewal of the soon to be NBC series:

“A second season renewal is underway for TRANSPLANT, the most-watched Canadian drama. The series will continue to follow Dr. Bashir “Bash” Hamed (Hamza Haq, THE INDIAN DETECTIVE), a Syrian doctor with battle-tested skills in emergency medicine who made the difficult decision to flee his country with his younger sister Amira.

Together they build a new life in Canada, as Bash rebuilds his career in medicine at York Memorial Hospital. The series just wrapped its first season, generating an average audience of 1.4 million viewers. 1.7 million Canadians also watched the season finale.

Season 2 will see the return of Hamza Haq, Laurence Leboeuf (19-2), John Hannah (MARVEL’S AGENTS OF S.H.I.E.L.D.), Jim Watson (MARY KILLS PEOPLE), and Ayisha Issa (Polar). It will be produced by Sphere Media, in association with CTV and NBCUniversal International Studios, a division of Universal Content Group.”

What do you think? Are you a fan of the Transplant TV series already? If so, will you be watching season two? If you’re in the United States, do you plan to watch this medical drama  on NBC?

Transplant is one of the best shows on TV. My wife is a nurse and she doesn’t like medical shows, but she loves Transplant. Please make sure Mags is back. She’s my favorite character.

Just watched the finale in the U. S. What a cliffhanger. Who is the mystery woman? Please carry season two, NBC!

I am totally addicted to this show! Please tell us when the second season will start. I am already having withdrawal symptoms.

Absolutely love Transplant!!
Please renew in the US…..

Love the show! Hope season 2 airs in the US.

Love the show and hope Season 2 comes to the US.

Transplant is by far the best medical show on TV. Easily a type 5 show including cable. Realistic lives are portrayed to perfection. Just hope it lasts 10 years.

I really enjoy the show Transplant and hope it will be back soon.

Transplant is an excellent medical tv series. The doctors show their dedication and follow through with every patient that is treated at York Memorial. Hamza Haq is an excellent actor. The series demonstrates how many Middle Eastern citizens are suffering from the war. The ensemble of actors work great together. Can’t wait for Season 2. Hope it airs on NBC in the US in 2021.

Love it! Please renew it in the US!