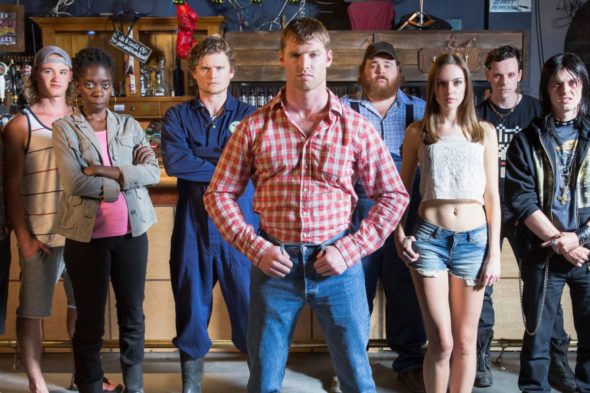 Letterkenny is not going anywhere. The Canadian comedy series has been renewed for a ninth season, and it will air on both Crave and Hulu. The series airs on the latter streaming service in the United States.

Bell Media revealed the following about the renewal of the series:

“The multiple award-winning and international sensation Crave Original series, LETTERKENNY, returns for its much-anticipated ninth season. Starring Jared Keeso and produced by New Metric Media, the half-hour, small-town comedy revolves around the dustups Wayne (Keeso) and his buds get into with their small-town rivals.

A return date for the Letterkenny TV series was not revealed.  Season eight was released on Hulu in December 2019.

What do you think? Are you a fan of this comedy series? Will you watch the new season of Letterkenny?

That’s what I appreciates about Crave… Letterkenny!!!

I am absolutely hooked on Letterkenny. Living in a small Ontario town, I can relate and appreciate.

I cannot wait for the new season to be fair. And I can’t wait to share our shots with them!!!! I know it got delayed but does anyone know for how long? We watched the series complete twice now!!!

Each time I say “to be fair” I break out in song. When I see Amish, I either say “Mennonappers” or “Smellies.” And least we forget, “they can run, every single one of them!”

To say I’m thrilled is an understatement!

Please and thank you. Life is still awesome.

Love this show! Can’t wait till next season!!

Well then, let’s get after it boyz. Don’t just stop at 9, give what the people want.

To be fair there is no better show on any channel! So damn right Pitter patter!

Irreverent dialogue,”It’s not so bad..and you”?