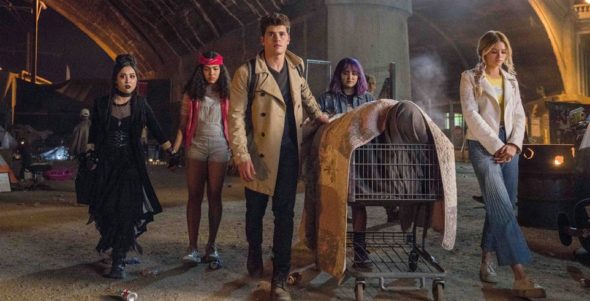 Netflix has cancelled all of their existing Marvel TV shows but Hulu is holding onto their Marvel’s Runaways series. It’s been renewed for a third season of 10 episodes. The second season had 13 installments but the first season also had 10 episodes.

A superhero drama, Marvel’s Runaways stars Rhenzy Feliz, Lyrica Okano, Virginia Gardner, Ariela Barer, Gregg Sulkin, Allegra Acosta, Annie Wersching, Ryan Sands, Angel Parker, Ever Carradine, James Marsters, Kevin Weisman, Brigid Brannagh, James Yaegashi, Brittany Ishibashi, Kip Pardue, and Julian McMahon. The series centers on six Los Angeles teens who reunite, after a catastrophe, only to discover their parents are hiding a dark secret. In the second season, which was released in December 2018, the kids have to learn to live on their own and use their powers to combat PRIDE.

“We are so excited to tell more Runaways stories and are so grateful to Marvel, Hulu, our amazing cast and crew and of course our passionate audience,” said co-showrunners and Executive Producers Josh Schwartz and Stephanie Savage. “Season three will be a magical time on Runaways, as we deepen our connection to the Marvel universe. We are honored to continue to play in the sandbox created by Brian K Vaughn and Adrian Alphona.”

“Thank you, Hulu! We’re thrilled that Marvel’s Runaways is back for its third season,” said Executive Producer Jeph Loeb. “Josh Schwartz and Stephanie Savage and the amazing writers have something epic in store for our terrific cast.”

What do you think? Do you like the Marvel’s Runaways TV show? Will you be watching season three fo this Hulu series?

This last season was everything, they would be crazy not to have season 3.

I can hardly wait for season 3 of Marvels Runaways!

Absolutely will be watching! Runaways and Gifted are the best Marvel TV series hands down!

What The Falcon
Reply to  Kenneth Black

Sadly, The Gifted and Legion – the only 2 X-Men TV Series and the best Marvel TV Series imo – have both ended now. Hopefully they can bring the characters into the MCU somehow.