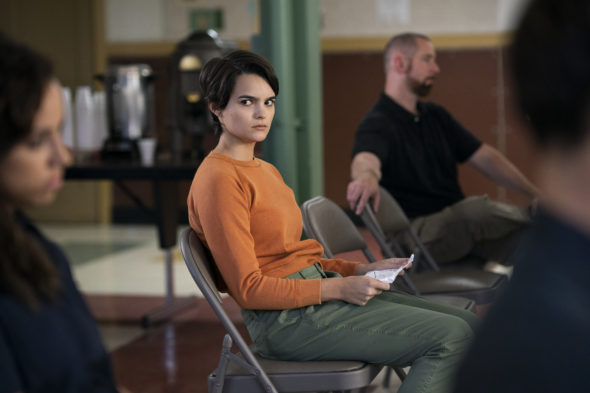 Is this the end of Elodie, Moe, and Tabitha’s run? Has the Trinkets TV show been cancelled or renewed for a second season on Netflix? The television vulture is watching all the latest TV cancellation and renewal news, so this page is the place to track the status of Trinkets, season two. Bookmark it, or subscribe for the latest updates. Remember, the television vulture is watching your shows. Are you?

Unless they decide to publicize viewership, it is difficult to predict whether Netflix will cancel or renew Trinkets for season two. Since this series was based on a book, there’s a possibility it will end here, but that didn’t matter where 13 Reasons Why was concerned. Smith — who authored the book, also created the series with Amy Andelson and Emily Meyer — is open to doing another season, so it seems it is up to Netflix.

Most Netflix renewals come within a month or so of a series’ premiere, so we shouldn’t have to wait too long if good news is in the offing. Flying blind, I think it will get a renewal. Netflix has been trying to build up its Y/A slate. As of publication, I’ve only watched the pilot, but I think it works. More than that, the cast is young, and the episodes are only about 30 minutes long, so my guess is that this series is on the more affordable side. Since that’s just my speculation, I’ll keep an eye on the trades and press releases and update this page with breaking developments. Subscribe for free Trinkets cancellation or renewal alerts.

7/29/19 update: Netflix has renewed Trinkets for a second and final season.

What do you think? Were you hoping that the Trinkets TV show would be renewed for a second and final season? How would you feel if Netflix cancelled this TV series, instead?