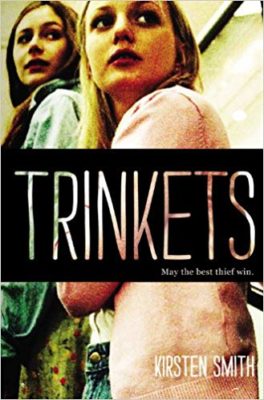 Trinkets is coming to the small screen. Netflix just announced they’ve ordered a TV show based on the young adult novel by Kirsten Smith.

Netflix has ordered 10 episodes of Trinkets. Read more info below:

Netflix has ordered Trinkets, a new series based on the young adult novel by Kirsten “Kiwi” Smith, who will serve as an executive producer.

Logline: When three teenage girls from different corners of the high school cafeteria find themselves in the same mandated Shoplifter’s Anonymous meeting, an unlikely friendship forms. Elodie – the grieving misfit, Moe – the mysterious outsider, and Tabitha – the imperfect picture of perfection, will find strength in each other as they negotiate family issues, high school drama and the complicated dilemma of trying to fit in while longing to break out.

What do you think? Are you familiar with the novel Trinkets? Will you watch the Netflix series?