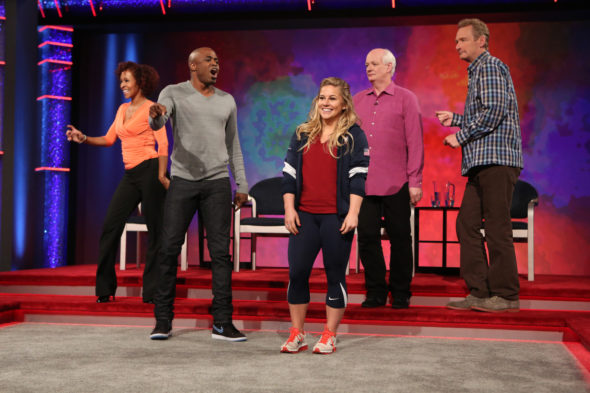 The CW has announced its spring lineup of new and returning favorites. Whose Line Is It Anyway? will return for a 20th season (its 12th on CW), while Mysteries Decoded is back for its third. The new shows are Totally Weird and Funny and The Great American Joke Off.

A fan-favorite improv series, Whose Line Is It Anyway? features Ryan Stiles, Wayne Brady, Colin Mochrie, and host Aisha Tyler. Mochrie has stated this might be the final season of the comedy series. Mysteries Decoded is led by investigator Jennifer Marshall as she tries to solve long-lingering historical puzzles.

As for the new arrivals, Totally Weird and Funny will feature hilarious videos played in front of a live studio audience. The Great American Joke Off revolves around the art of telling a great joke and is hosted by Dulcé Sloan.

The CW revealed more about the spring lineup in a press release.

THE GREAT AMERICAN JOKE OFF is a new comedy series that celebrates gags, wisecracks, one-liners and the simple art of telling a great joke. Hosted by Dulcé Sloan, the show features several riotous rounds in each episode that involve telling as many quick gags as possible on given categories, mashing different subjects together to create delicious puns, coming up with hilarious set-ups to different punchlines, or even using the texts on an audience member’s phone as a springboard for jokes. Dulcé decides which team has won each round based on who she thinks has been the funniest. THE GREAT AMERICAN JOKE OFF is created and executive produced by Dan Patterson, with Jed Leventhall and Derek Van Pelt serving as executive producers.

TOTALLY WEIRD AND FUNNY brings the strangest, craziest and most hilarious videos from online and beyond right to the stage in front of a live studio audience. Every episode features the panel of hosts – comedian Mikalah Gordon, standup comedian Brian Cooper and actor Noah Matthews – vying to submit the funniest or weirdest clip of the week. Viewers at home can also play along with the studio audience in games such as “Real or Fake” where the hosts present three products, one real and two fake, and it is up to the audience to find the real product. TOTALLY WEIRD AND FUNNY is created and executive produced by David McKenzie, with David Martin serving as executive producer.

Hosted by comedian Aisha Tyler, WHOSE LINE IS IT ANYWAY? features cast members Ryan Stiles, Wayne Brady and Colin Mochrie, along with a special guest comedian in each episode, put their comedic skills to the test through a series of spontaneous improv games, prompted only by random ideas supplied by Aisha and the studio audience. Based on the wildly successful U.K. format, which also spawned a previous incarnation in the U.S. that ran for eight seasons on ABC, WHOSE LINE IS IT ANYWAY? is executive produced by Dan Patterson, Mark Leveson, Jimmy Mulville, Ryan Stiles and Wayne Brady. Co-created by Dan Patterson and Mark Leveson, WHOSE LINE IS IT ANYWAY? is from Angst Productions and Hat Trick Productions.

Over the course of each hour, the investigative documentary series MYSTERIES DECODED delves deeper into some of America’s greatest unsolved mysteries, exploring newly discovered evidence and utilizing high-tech tools in reopening each case. Each investigation is led by Jennifer Marshall, an accomplished U.S. Navy veteran turned private investigator, as she mobilizes a team to embark on the formidable quest to bring closure to these long-lingering historical puzzles. MYSTERIES DECODED is from MorningStar Entertainment and executive produced by Gary Tarpinian and Paninee Theeranuntawat.

What do you think? Are you planning to check out these shows on The CW this spring?