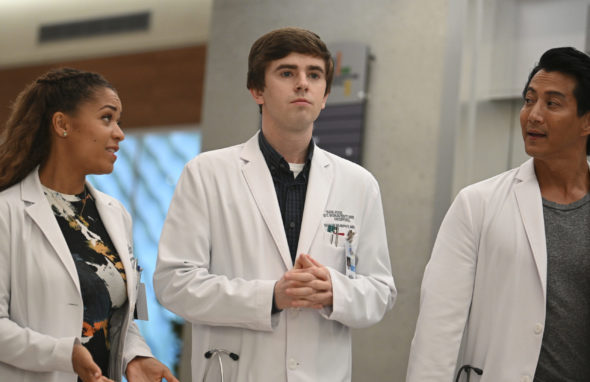 Production is gearing up in Vancouver. Several TV shows have started or will soon start production in the city north of Seattle. Returning shows include ABC’s  The Good Doctor and A Million Little Things, The CW’s Batwoman, and Netflix’s Lost in Space. New series getting underway include Disney+’s The Mighty Ducks, ABC’s Big Sky, Netflix’s Midnight Mass, and Hulu’s The Mysterious Benedict Society. As previously reported, The CW’s Supernatural resumed production on its two final episodes earlier this month.

“A dispute over testing shut down The Good Doctor’s pre-production on July 31. We reported at the time that cast members questioned why the local protocols — testing actors twice a week, crew members in close interaction with them once a week and no testing for the rest of the crew — did not fulfill the safety requirements set by SAG-AFTRA. The U.S. guild got involved, threatening to withhold services in British Columbia. Caught in the middle, the studio backed the actors, leading to the standoff with the BC Council of Film Unions.”

That dispute has been resolved, and The Good Doctor was the first series to receive the go-ahead to film in recent days.

What do you think? Are you excited to see The Good Doctor and other Vancouver based shows back in production?

I am excited to see this season as it is one of the best series I faithfully watch.

I love A Milluin little Things

Love the good doctor can’t wait for it to return!

I love this show so much!! I can’t wait for the show to air. Please air the show soon.

We love The Good Doctor and can’t wait for new episodes to air. This is such a fantastic show. Both good writing and acting.

Quite agree my daughter got me hooked on it just watched the final three episodes from series three had to watch till the final one , late night viewing