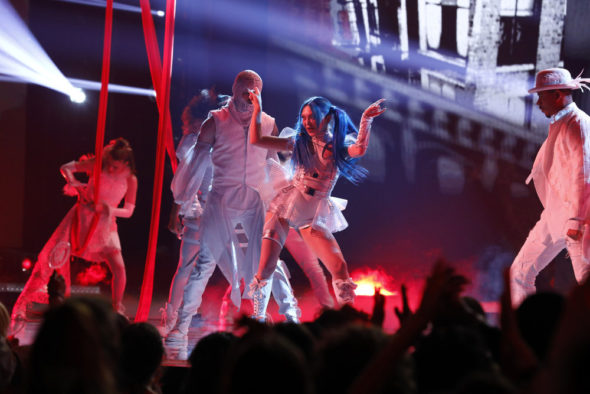 An NBC music reality competition series, the American Song Contest TV show is hosted by Snoop Dogg and Kelly Clarkson. The series features live original musical performances, representing all 50 states, five U.S. territories, and our nation’s capital. The music artists compete to win the country’s vote for the best hit song. The 56 artists span a wide range of genres and performers – from undiscovered talent, up-and-coming new artists, and rising stars to established and legendary icons. The competition consists of three rounds as the artists compete in a series of Qualifying Rounds, followed by the Semi-Finals and the ultimate Grand Final where one state or territory will emerge victorious.

I really enjoy watching Kelly Clarkson so it was worth seeing her. The concept is just another talent showboat with original songs. The format is different and can improve if it is renewed for another season. Kelly makes everything better even if it’s low key.

After the first couple of songs, I wasn’t impressed. But I watched the whole two hours. I’m still not impressed. I didn’t like any of the songs. But the presentation for them all was pretty good.

I am not sure why this is rated so high, I didn’t really care for anyone and none of the songs were very good. There was only one contestant that was actually talented both in voice and song lyrics, Hueston from Rhode Island. I won’t be tuning in again though.

I didn’t care for the show, and switched to American Idol. Some great contestants this season.