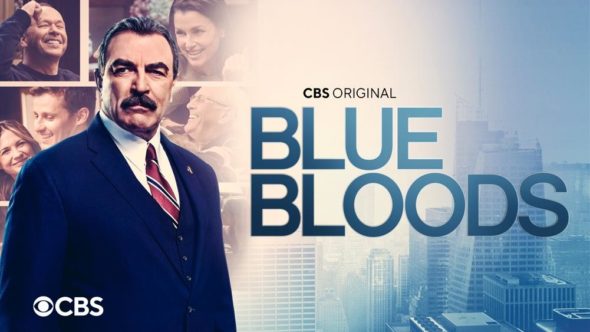 Despite airing on Friday nights, the Blue Bloods remained one of CBS’ most-watched TV shows last season. Will viewers continue to tune in for season 12? Would they keep coming back each week if Tom Selleck chose to leave? Will Blue Bloods be cancelled or renewed for season 13? Stay tuned.

What do you think? Do you like the Blue Bloods TV series on CBS? Should it be cancelled or renewed for a 13th season?

If Tom Selleck(Frank) left the show to disappear into oblivion, or was killed off which would be worse, i just could not find myself to continue watching Blue Bloods. But if Tom left the Show to investigate the disappearance of his longtime friend and law enforcement officier: Jessie Stone, I would continue to watch Blue Bloods; especially if frank would continue to check-in with his Reagan family occassionally(and maybe some quick visits now and then.) Maybe danny and jamie, henry, will, or erin could venture out to check on their father now and then too. There could be any number… Read more »

But now that i have had some time to think about it, after a good Jessie Stone investigation (maybe just a minni-series,) then i hope i could say goodbye. Sad, but it would be the right thing to do. Some Reagans need to stay in NY to see these crises out! I’m glad frank would be blessed to retire, and be able to walk away from the nightmares being handed out and filtered down from the present administrations.

We love Blue Bloods! Great cast and it’s just a good TV show! Like our other few favorites, we DVR it and watch it later when we have time….with no commercials.

Blue Bloods is one of the few weekly shoes we tune into. Content and acting is above and beyond any other show on these days!!

I’ll watch Blue Bloods as long as CBS chooses to air it. I’m a big fan.

I love Blue Bloods and hope it never goes away. Eachc actor and actress is a star in their own right.

BLUE BLOODS has been and continues to be our family’s Friday Night most watched TV series with Tom Selleck and an awesome cast! We love the story of the Reagan Family continues to inspire and entertain us since day One of the First Season! The challenge for any TV show is to remain Fresh with new plots etc. Blue Bloods Does This Every Season and we Hope that this show will be a part of our Friday Night watch list for many seasons to come!