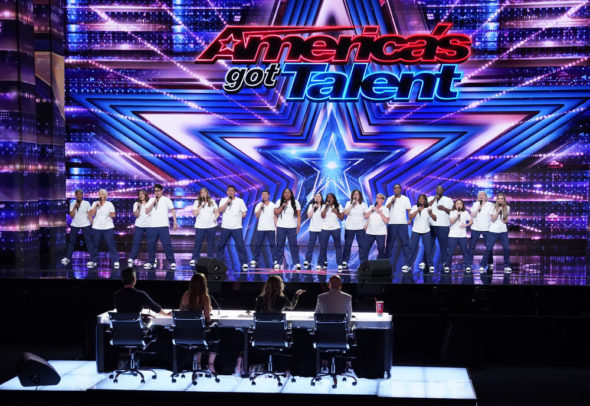 An NBC summer staple, America’s Got Talent is a talent competition that features an impressive array of singers, dancers, comedians, contortionists, impressionists, magicians, ventriloquists, and hopeful stars. The winning act receives a $1 million prize and the chance to headline in the America’s Got Talent Live show in Las Vegas. In season 16, Terry Crews returns as host, and Howie Mandel, Simon Cowell, Heidi Klum, and Sofía Vergara are back at the judge’s table. This season promises some of the wildest acts to ever grace the AGT stage after an unprecedented number of submissions poured in from across the country.

Love the show and the judges. Some acts, I wish I had a “X” button. Simon did mellow, I agree. What’s with the shorts, Simon?

I like the show but hate all the sob stories each week. The judges are fun. Simon isn’t as harsh as he was on American Idol.

Glad to see all the judges came back. Nice to see a live audience again.