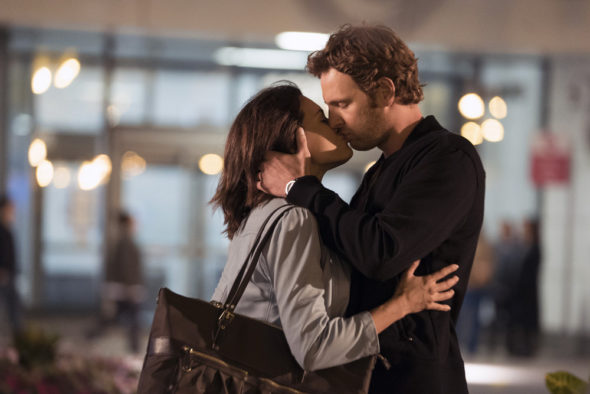 How does well does the staff of the Gaffney Chicago Medical Center treat their patients during the third season of the Chicago Med TV show on NBC? As we all know, the Nielsen ratings typically play a big role in determining whether a TV show like Chicago Med is cancelled or renewed for season four. Unfortunately, most of us do not live in Nielsen households. Because many viewers feel frustration when their viewing habits and opinions aren’t considered, we’d like to offer you the chance to rate all the Chicago Med season three episodes here.

What do you think? Which season three episodes of the Chicago Med TV series do you rate as wonderful, terrible, or somewhere between? Should NBC cancel or renew Chicago Med for a fourth season? Don’t forget to vote, and share your thoughts, below.

Love this show. Please keep it. I always look forward to watching every week. Five stars

This is my favorite medical drama. The stories and actors are exceptional. They never cease to capture my heart. Please continue for years to come.

For me, the most important thing in a medical show is the correctness of the medical (including the psychiatric) information. The next thing is the relevancy of the script to current social situations without being political, even though a lot of people seem to try to make every difficult decision one that should be made on the side of some political, not even religious but POLITICAL, dogma. So far, the writers have avoided this quagmire and I appreciate being challenged and entertained by a story-line without a political agenda.

I love this show, it is as if these actors and actresses were meant to play these roles.
The acting is excellent, and the cast is very talented.
Keep the shows coming, because you can count on me to provide you with 100% excellence in ratings.

I love, love love chicago med, the characters, fit these roles beautifully.
It is like they were born to play these roles.
Keep on the great work, for this show will always receive excellent rates of a 10 and above, and if I could rate this show 100% .
I would provide a rating of 100% in excellence in performance and beautiful showmanship.
Love you Chicago Med. Keep more seasons coming.

Love all the Chicago series but this is one of my favorites; Very good show.

I too love all the Chicago series. So credible and realistic. Very good writing.

Hi, I love all the Chicago series as well. They all connect well, one isn’t good without the others. they all work well together. please don’t take them off. we are as well big fans of all the show and watch them every time they are on.

Love this show, all of the Chicago’s series. Please bring bad next season. These are the only decent shows on TV so far! Don’t change that!! Please

I love Chicago Med. I wish the seasons were longer. I really don’t watch much TV, but Chicago Med and Chicago Fire are my favorites

Seems like we have been waiting forever for this show to begin again. It hasn’t aired here yet but I’m looking forward to it. I love Chicago Fire too, PD is ok, but I love the cross-overs between the 3. Hope the good doc pulls through.

I love this show, and this was a good episode. I watch all 3 Chicago shows, and love the crossovers with familiar characters.

One of my favorite shows, love all three of the Chicago trilogies