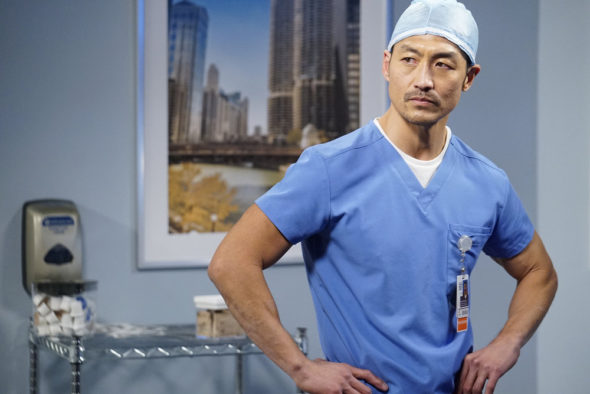 What new medical emergencies will the staff face in the sixth season of the Chicago Med TV show on NBC? As we all know, the Nielsen ratings typically play a big role in determining whether a TV show like Chicago Med is cancelled or renewed for season seven. Unfortunately, most of us do not live in Nielsen households. Because many viewers feel frustration when their viewing habits and opinions aren’t considered, we invite you to rate all of the sixth season episodes of Chicago Med here.

What do you think? Which season six episodes of the Chicago Med TV series do you rate as wonderful, terrible, or somewhere between? Are you glad that Chicago Med has been renewed for a seventh season on NBC? Don’t forget to vote, and share your thoughts, below.

Love this show !!!! When will the new season start?

How does NBC expect to keep viewers when two episodes airing Nov, then 3rd one in Jan? A six week wait? No es bueno!!!

I Love all of the Chicago shows, especially Chicago MD, but PLEASE!!! Bring Choi and April together and April finally pregnant with their child! This has gone on long enough and they are great together. She keeps him balanced, especially with some of his ER decisions.

I’m so tired of the pandemic storyline. I’ve watched all 3 of the Chicago shows since each one began. However, after watching this first episode of the new season, I deleted Chicgo Med from my DVR. Done with this show. Annoying.

Will sure knows how to pick them.

I really like all three of the Chicago shows. Chicago Med is my favorite though. Hope they all stay on the air for many yrs. to come!