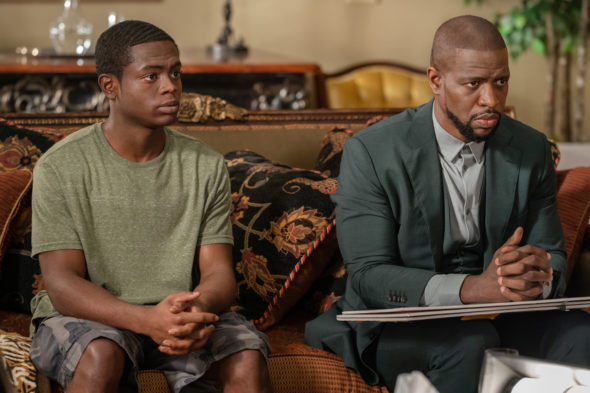 What choices will David make in the second season of the David Makes Man TV show on OWN? As we all know, the Nielsen ratings typically play a big role in determining whether a TV show like David Makes Man is cancelled or renewed for season three. Unfortunately, most of us do not live in Nielsen households. Because many viewers feel frustration when their viewing habits and opinions aren’t considered, we invite you to rate all of the second season episodes of David Makes Man here.

An OWN coming-of-age drama, David Makes Man revolves around a young man named David from the projects. He’s haunted by the death of his friend and is relied on by his hardworking mother to find a way out of poverty. In season two, David (Kwame Patterson) is in his 30s and is a rising businessman with an opportunity that could change his life and community. The show stars Patterson, Arlen Escarpeta, Akili McDowell, Alana Arenas, Travis Coles, and Cayden K. Williams. Recurring season two actors include Tony Plana, Brittany S. Hall, Erica Lutrell, Zsane’ Jhe’, Bobbi Baker, Patrice Arenas, Trinity Cidel, Brandi Huzzie, Rodney Gardiner, and Janmarco Santiago.

What do you think? Which season two episodes of the David Makes Man TV series do you rate as wonderful, terrible, or somewhere between? Do you think that David Makes Man should be cancelled or renewed for a third season on OWN? Don’t forget to vote, and share your thoughts, below.

I have been waiting for David Makes Man and am loving it s far.

This season 2 is horrible.

I love David Makes Man. This season is starting out very strong and has put me on edge with the first episode. Can’t wait to see what’s next for David.

The jump from child to adult is not working. It’s flat. Bad decision to do this.