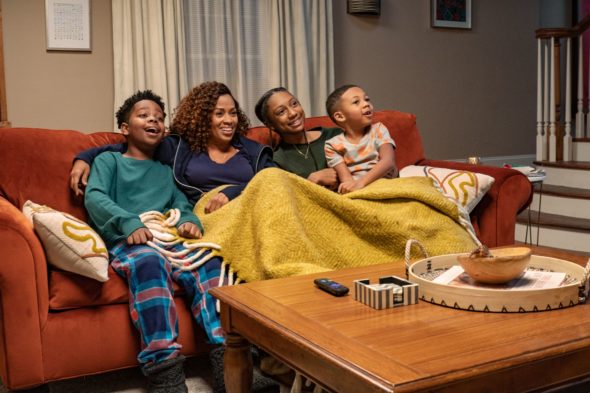 Can Delilah’s and Tamara’s friendship survive the first season of the Delilah TV show on OWN? As we all know, the Nielsen ratings typically play a big role in determining whether a TV show like Delilah is cancelled or renewed for season two. Unfortunately, most of us do not live in Nielsen households. Because many viewers feel frustrated when their viewing habits and opinions aren’t considered, we invite you to rate all of the first season episodes of Delilah here. Status Update Below.

An OWN drama series, the Delilah TV show stars Maahra Hill, Jill Marie Jones, Susan Heyward, Ozioma Akagha, Candace B. Harris, Kelly Jacobs, Khalil Johnson, and Braelyn Rankins. Delilah Connolly (Hill) is a headstrong and highly principled lawyer who lives in Charlotte, North Carolina. She left a demanding white-shoe law firm a decade ago and hung up her own shingle so she could make raising her kids her top priority. Now, she takes on cases the big firms ignore and finds herself, more often than not, going head-to-head with the powerful and privileged as she fights for the disenfranchised. In addition to raising her two kids, Maia (Jacobs) and Marcus (Rankins), Delilah also cares for her young nephew Dion (Johnson) and manages her relationship with her frustrating ex (Lyriq Bent). At work, she has the support of her new and ambitious assistant, Demetria Barnes, (Heyward) and Harper Omereoha (Akagha) Delilah’s unfailingly sunny secretary. As the series begins, Delilah’s about to go up against her best friend, Tamara Grayson (Jones) in court for the first time. Delilah has always represented the underdogs while Tamara has always represented the wealthy and powerful.

What do you think? Which season one episodes of the Delilah TV series do you rate as wonderful, terrible, or somewhere between? Do you think that Delilah should be cancelled or renewed for a second season on OWN? Don’t forget to vote, and share your thoughts, below.

Please bring back Delilah for season 2.

Please bring back “Delilah”, it is a great show, better than those long drawn out shows TP write.

Loved,loved,loved ALL EPOSIDES OF DELILAH. PLEASE,PLEASE ,bring it BACK. IM HAVING WITHDRAWALS. SO VERY GREAT EACH ESPOSIDES.

Thought it was going to be a sequel to Greenleaf. Once I realized it wasn’t, i started watching the show for what it is. Story line is good show is good. On my must see list.

I think the show is outstanding! I enjoyed eCh episode and could not wait for the next showing! Please do not cancel!

Kind of ends on a cliffhanger, so hopefully there will be a season 2 of the great show!

Absolutely Love this show and the cast! I Look forward to it every Tuesday. Please do not cancel this program.