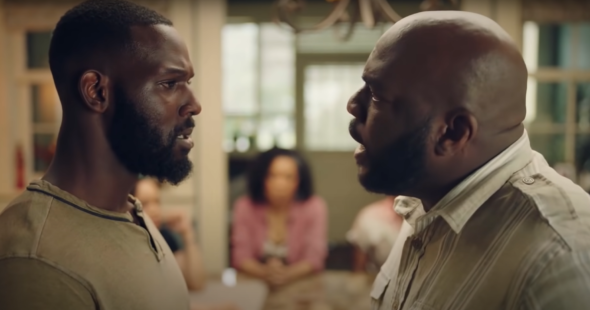 What new struggles will the Bordelons face in the sixth season of the Queen Sugar TV show on OWN? As we all know, the Nielsen ratings typically play a big role in determining whether a TV show like Queen Sugar is cancelled or renewed for season seven. Unfortunately, most of us do not live in Nielsen households. Because many viewers feel frustrated when their viewing habits and opinions aren’t considered, we invite you to rate all of the sixth season episodes of Queen Sugar here.  *Status Update Below.

An OWN family drama, the Queen Sugar TV show stars Rutina Wesley, Dawn-Lyen Gardner, Kofi Siriboe, Nicholas Ashe, Tina Lifford, Omar J. Dorsey, Ethan Hutchison, Bianca Lawson, and Tammy Townsend with Paula Jai Parker, Marquis Rodriguez, McKinley Freeman, and Erika Ashley recurring. Based on the Natalie Baszile novel, the story unfolds in the fictional Louisiana town of Saint Josephine. It chronicles the lives and loves of the estranged Bordelon siblings who try to save the family sugarcane farm, after a family tragedy. Season six finds the Bordelon family reclaiming their lives coming out of the pandemic. As Ralph Angel (Siriboe) and Darla (Lawson) plan the arrival of their new baby, Nova (Wesley) continues to speak out against political corruption, and Charley (Gardner) faces a life-altering decision. Throughout the season, viewers will witness the joy amid the struggle and humanity’s ability to persevere through whatever life may bring.

What do you think? Which season six episodes of the Queen Sugar TV series do you rate as wonderful, terrible, or somewhere between? Do you think that Queen Sugar should be cancelled or renewed for a seventh season on OWN? Don’t forget to vote, and share your thoughts, below.

*11/17/21 update: Queen Sugar has been renewed for a seventh and final season.

Best show on TV….the actors and storylines are excellent..please dont cancel..come back quickly with next seasons show

We love it so please don’t fix something that isn’t broken. Looking forward to Season 7.

PLEASE DONOT CANCEL THIS SHOW! It’s my favorite show on Television! Have you really thinking! Absolutely the best on own!

I love this show soooo much to my heart. It relates to a lot of our lives, in real life. From the good times to the not so good times, ups and downs, trials and tribulations, laughs and cries, joys and sorrows, births and passings, celebrations and commemorations /mournings; etc, etc,…..with family, friends, other loved ones, this show really gets to the root of situations in everyday life. A positive deplicition. It really touches your heart, the characters–those in real life who portray these folks on the show, like my which is Nova, played Miss Wesley and quite few others.… Read more »