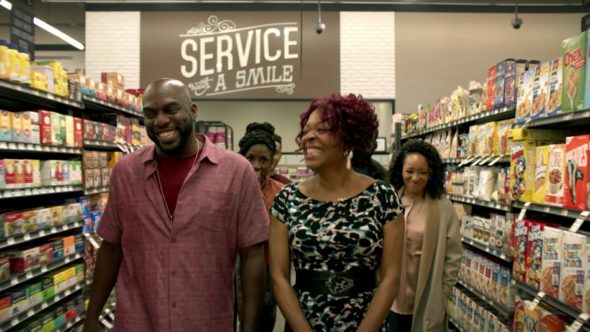 Does the third season of the Queen Sugar TV show on OWN leave a sweet or sour taste in your mouth? As we all know, the Nielsen ratings typically play a big role in determining whether a TV show like Queen Sugar is cancelled or renewed for season four. Unfortunately, most of us do not live in Nielsen households. Because many viewers feel frustration when their viewing habits and opinions aren’t considered, we’d like to offer you the chance to rate all of the Queen Sugar season three episodes here.

An OWN drama from Ava DuVernay, Queen Sugar stars Rutina Wesley, Dawn-Lyen Gardner, Kofi Siriboe, Bianca Lawson, Tina Lifford, Ethan Hutchison, Omar J. Dorsey, Dondré Whitfield, Timon Kyle Durrett, and Henry G. Sanders. Based on the Natalie Baszile novel, the story unfolds in the fictional Louisiana town of Saint Josephine. It chronicles the lives and loves of the estranged Bordelon siblings who try to save the family sugarcane farm, after a family tragedy.

What do you think? Which season three episodes of the Queen Sugar TV series do you rate as wonderful, terrible, or somewhere between? Should OWN cancel or renew Queen Sugar for a fourth season? Don’t forget to vote, and share your thoughts, below.

8/8/18 update: OWN has renewed Queen Sugar for a fourth season. Details here.

This show is beyond awesome! It shows the intricate dynamic of family, not just a black family, but family. The characters come to true life and building a strong connection to viewers, we know each one personally. Charley’s strength and conviction, her family loyalty; Nova’s free spirt, intense devotion to those underserved, and quest for love, her passion; Aunt Vi with her determination, her awakening, resilience with her illness, her undeniable spunk and fire; and Ralph Angel: he remind me of my son; a man finding his was back, feeling that he forever has to make up for his sins.… Read more »

I love Queen Sugar! I read the book and had falling in love with the book and couldn’t wait to see the show! I love Charley and how great she is with handling her business! Dislike how the writers is writing Nova and Remy as a couple. Really expected no sibling (sister) rivalry, sisters sloopy seconds is not what Southern girls do! Hate Davis now have a second child out there, writing is getting to over the board! Want to see more about the “Sugar Cane Mill”…Aunt Vi’s pies are ok but the show is about the sugar cane and… Read more »

This show should not be cancelled. I have enjoyed every show. They are all great shows with excellent actor/actress. I look forward to watching the show every week. I enjoy the true to life real ness of the show. The show real the good and the bad the joys and the sorrows of life. I appreciate the writers, producers the cast and all involved. Thank you for starting the conversation we all need to have with family and love ones.

I absolutely love this show hope it continues.