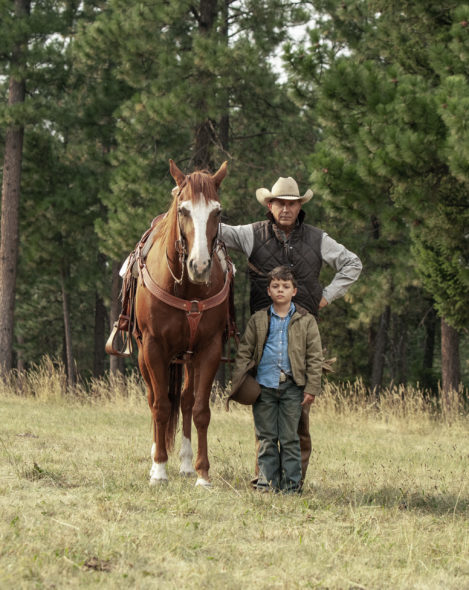 How’s life on the ranch, during the first season of the Yellowstone TV show on Paramount Network? As we all know, the Nielsen ratings typically play a big role in determining whether a TV show like Yellowstone is cancelled or renewed for season two. Unfortunately, most of us do not live in Nielsen households. Because many viewers feel frustration when their viewing habits and opinions aren’t considered, we’d like to offer you the chance to rate all of the Yellowstone season one episodes here.

What do you think? Which season one episodes of the Yellowstone TV series do you rate as wonderful, terrible, or somewhere between? Should Paramount Network cancel or renew Yellowstone for a second season? Don’t forget to vote, and share your thoughts, below.

7/24/18 update: Yellowstone has been renewed for a second season by Paramount Network. Details here.

I ABSOLUTELY LOVE this series. Not only is Kevin Costner’s character along with the other cast members the very best, but I am ready to start a Beth Dutton fan club. I ADORE her character!!!

I’m thrilled Yellowstone has been renewed! Best show TV has to offer. It’s rare to find this high caliber of acting throughout an entire cast. Yellowstone is golden.

Please keep this show on!! I watch it faithfully and record it as well to watch it a second time. Love it!!!

I love Yellowstone ,the plot ,evil

Paramount must be challenging FX as language and nudity are in this. No prob. as a TV show for adults with great actors.

I really enjoy watching this series and seeing how the characters will evolve. I hope they keep the edgy and dark part, as not to turn it into a night time soap opera.

Thought it was great. The land grabbing, all the drama happens in real. You dont think they swear in ranch land? Then you have never lived there. Glad it was renewed.

It is refreshing to see a show that real Americans can enjoy. I can’t wait for the next episodes. It is a riviting show you can’t get away from. Thank you paramount and Kevin Costner!!!!