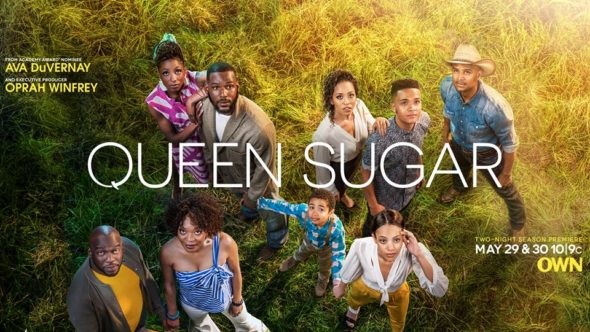 Last year, the Nielsen ratings for OWN’s Queen Sugar TV show dropped off some, but it still got the second highest demo ratings for scripted series on Oprah Winfrey Network. How will it do, this time around? Will Queen Sugar be cancelled or renewed for season four? Stay tuned. *Status update below.

For comparisons: The second season of Queen Sugar on OWN averaged a 0.42 rating in the 18-49 year old viewer demographic and an average total audience of 1.488 million viewers.

What do you think? Do you like the Queen Sugar TV series? Should OWN cancel or renew this TV series for a fourth season?

*8/8/18 update: OWN has renewed Queen Sugar for a fourth season. Details here.

I started watching Queen Sugar about three weeks ago …I love it!!! When is season 5 to start ??? I am ready!!!

I love the show but this Remy and Nova storyline I am not feeling (but it definitely has my group talking). I also love Hollywood and Aunt Vy as a positive black couple on TV so please dont mess them up. Also, can RalphAngel speak a little louder. He always sounds like he is whispering. Otherwise, a GREAT SHOW!!!!!

i just got into it. i’m loving it. it’s complicated, complex and originally told. i hope they keep it going.

Yes I absolutely love this show! I watch it on DVR most of the time so I can skip the commercials.