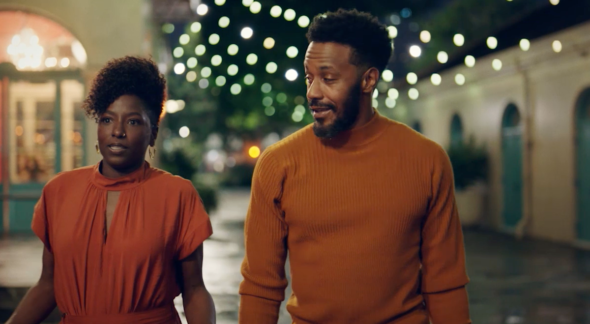 Is our time with the Bordelon family nearly over? Has the Queen Sugar TV show been cancelled or renewed for a seventh season on OWN? The television vulture is watching all the latest cancellation and renewal news, so this page is the place to track the status of Queen Sugar, season seven. Bookmark it, or subscribe for the latest updates. Remember, the television vulture is watching your shows. Are you?

Airing on the OWN cable channel, Queen Sugar stars Rutina Wesley, Dawn-Lyen Gardner, Kofi Siriboe, Nicholas Ashe, Tina Lifford, Omar J. Dorsey, Ethan Hutchison, Bianca Lawson, and Tammy Townsend with Paula Jai Parker, Marquis Rodriguez, McKinley Freeman, and Erika Ashley recurring. Based on the Natalie Baszile novel, the story unfolds in the fictional Louisiana town of Saint Josephine. It chronicles the lives and loves of the Bordelon siblings who try to save the family sugarcane farm, after a family tragedy. Season six finds the Bordelon family reclaiming their lives coming out of the pandemic. As Ralph Angel (Siriboe) and Darla (Lawson) plan the arrival of their new baby, Nova (Wesley) continues to speak out against political corruption, and Charley (Gardner) faces a life-altering decision. Throughout the season, viewers will witness the joy amid the struggle and humanity’s ability to persevere through whatever life may bring.

The sixth season of Queen Sugar averaged a 0.10 rating in the 18-49 demographic and 638,000 viewers in the live+same day ratings (includes all DVR playback through 3:00 AM). Compared to season five, that’s down by 6% in the demo and down by 1% in viewership. While these numbers don’t include further delayed or streaming viewing, they are a very good indicator of how a show is performing, especially when compared to others on the same channel. There can be other economic factors involved in a show’s fate, but the higher-rated series are usually renewed and the lower-rated ones are cancelled. Find out how Queen Sugar stacks up against other OWN TV shows.

Will OWN cancel or renew Queen Sugar for season seven? The show has been on the air since 2016 so I suspect that we’re getting close to the end of the series but I don’t think season six will be the last year. I’ll update this page with breaking developments. Subscribe for free alerts on Queen Sugar cancellation or renewal news.

11/17/21 update: Queen Sugar has been renewed for a seventh and final season.

What do you think? Are you glad the Queen Sugar TV show has been renewed for a seventh season? Are you sorry that this OWN TV series is ending?

Queen Sugar deserves more seasons. The message in each episode is so true to life. I can hardly wait every week for the next showing. I love this show and have watched every season since the beginning. The cast is perfect for this story.

Started watching this show and fell in love with the story characters and message it brings to the world. Need to continue on with the series as the topics and issues discussed are relatable and real. Love this show and can’t wait to see what’s next for the Bordelon family

HANDS DOWN!!!
QUEEN SUGAR IS “THE BEST” BLACK TV SHOW ON TV!
It would be sad if it is Canceled!
It is sooooo relatable!

Hope this show continues! Nothing else like it on tv. These stories need to be told and the acting is great!

Yes I love Queen Sugar.. I hope it continues on OWN FOR 15 MORE SEASON..

Please don’t cancel Queen Sugar. It is my favorite show!

Please, please don’t cancel Queen Sugar! I look forward to it every week. I started watching it when I was taking care of my dad before he passed away and have not missed an episode since. It socially aware and entertaining at the same time. BTW, I am white and 63, not your “typical” viewer. It’s a wonderful show. Please keep it!

Please don’t cancel Queen Sugar. It is so difficult to find a show of this quality, with people that look like me, that the industry hasn’t portrayed as the “bad element”. I love, love, love this show and until the cast gets tired of performing, let it stay on.

Please don’t cancel. I LOVE the show. Own is mostly the only channel I watch.

I love this show and can’t wait for the next episode or season to come on, PLEASE DO NOT CANCEL any seasons, infact keep them coming and I’ll keep watching along with all the other people who love this show. GREAT JOB .

I love this show. Please do not cancel it. There is so much more to reveal. I could write a few more seasons myself.

Please DO NOT CANCEL THIS SHOW “QUEEN SUGAR”!!! Me, my family and ALLLLLLL of my friends still LOVE THIS SHOW since DAY 1!!!!!!! We are all looking forward to the new season.