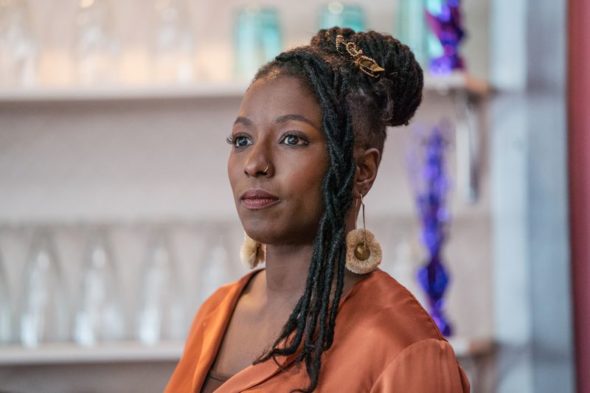 When will this story end? Has the Queen Sugar TV show been cancelled or renewed for a sixth season on OWN? The television vulture is watching all the latest cancellation and renewal news, so this page is the place to track the status of Queen Sugar, season six. Bookmark it, or subscribe for the latest updates. Remember, the television vulture is watching your shows. Are you?

Airing on the OWN cable channel, Queen Sugar stars Dawn-Lyen Gardner, Nicholas Ashe, Rutina Wesley, Greg Vaughn, Kofi Siriboe, Ethan Hutchison, Bianca Lawson, Tina Lifford, Omar J. Dorsey, and Henry G. Sanders with Timon Kyle Durrett recurring. Based on the Natalie Baszile novel, the story unfolds in the fictional Louisiana town of Saint Josephine. It chronicles the lives and loves of the estranged Bordelon siblings who try to save the family sugarcane farm, after a family tragedy. In season five, Charley (Gardner) remains thick in the battle with the Landry family as she uses the system of local government to protect the community and the farmers who own land, while coming to terms with her son Micah (Ashe) as he navigates his freshman year at Xavier University, an HBCU. Nova (Wesley) launches her new website to support the community while moving out of the Ninth Ward and settles into her romantic relationship with Calvin (Vaughn). Ralph Angel (Siriboe) works to manage fatherhood with son Blue (Hutchison) and a healthy path forward with girlfriend Darla (Lawson) despite constant threats to his land and home.

The fifth season of Queen Sugar averaged a 0.11 rating in the 18-49 demographic and 642,000 viewers. Compared to season four, that’s down by 46% in the demo and down by 39% in viewership. Find out how Queen Sugar stacks up against other OWN TV shows.

We don’t have to wonder if OWN will cancel or renew Queen Sugar this time around. The drama series has already been renewed for a sixth season. I’ll update this page with breaking developments. Subscribe for free alerts on Queen Sugar cancellation or renewal news.

What do you think? Are you glad that the Queen Sugar TV show has been renewed for a sixth season? How would you feel if OWN had cancelled this TV series, instead?