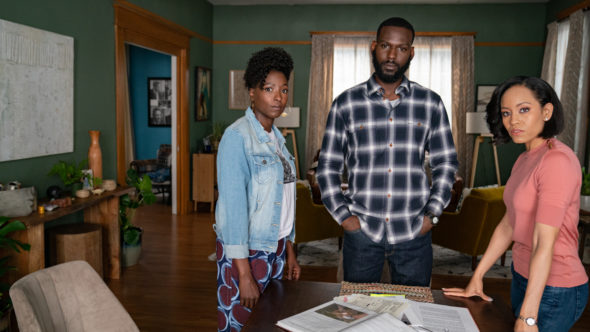 The extended Bordelon family is returning next month. OWN has announced that the sixth season of the Queen Sugar TV series will kick off on Tuesday, September 7th. The cable channel has also released a teaser video.

Here’s more information from OWN:

Season Six To Premiere Tuesday, September 7 at 8 pm ET/PT on OWN

In anticipation for the series return, the season six trailer was unveiled, showing glimpses of the Bordelon family reclaiming their lives coming out of the pandemic. As Ralph Angel (Kofi Siriboe) and Darla (Bianca Lawson) plan the arrival of their new baby, Nova (Rutina Wesley) continues to speak out against political corruption and Charley (Dawn-Lyen Gardner) faces a life-altering decision. Throughout the season, we witness the joy amid the struggle and humanity’s ability to persevere through whatever life may bring.

“Queen Sugar” was recognized by the Television Academy Honors for its powerful portrayal of an African-American family in the Deep South that sheds light on complex issues and challenges facing our society. This year, Emmy Magazine featured the series as the cover of the March 19 issue, and the African-American Film Critics Association (AAFCA) honored the series with the 2021 Impact Award for tackling the Covid crisis in the Black community, proving how television can be both compelling while also serving the greater public good, along with awarding the series with both Best TV Drama (for the fourth consecutive year) and Best Writing. Additionally, the series has been awarded the NAACP Image Award for Outstanding Drama Series and nominated as Television Show of the Year by the American Black Film Festival (ABFF). During its most-recent season, “Queen Sugar” ranked #1 in its Tuesday 8-9 p.m. time period across broadcast and cable with African-American W25-54, W18+, Households and total viewers.

“Queen Sugar” is produced for OWN by ARRAY Filmworks and Harpo Films in association with Warner Bros. Television. The season six executive producers are Ava DuVernay, Oprah Winfrey, Paul Garnes and Anthony Sparks. The series is based on the book by Natalie Baszile.

The first four seasons of “Queen Sugar” are available to stream exclusively on Hulu.

The expansive cast also includes the family’s matriarch Aunt Violet (Tina Lifford), who finds herself keeping a secret from her family as her husband Hollywood Desonier (Omar J. Dorsey) opens a space for Black men to come together and talk about more than just surface level topics. Meanwhile, longtime family friend and local farmer Prosper Denton (Henry G. Sanders) has an altercation with cops that lands him in the hospital, spurring his daughter Billie (Tammy Townsend) to return home for the first time in 20 years, creating explosive tension among the Bordelon family as long-held resentments are brought to light.

About OWN: Oprah Winfrey Network
OWN: Oprah Winfrey Network is the first and only network named for, and inspired by, a single iconic leader. Oprah Winfrey’s heart and creative instincts inform the brand and the magnetism of the channel. OWN is a leading destination for premium scripted and unscripted programming from today’s most innovative storytellers. OWN connects with its audience wherever they are, inspiring conversation among a global community of like-minded viewers on social media and beyond. Launched on January 1, 2011, OWN is a joint venture between Harpo, Inc. and Discovery, Inc. The venture also includes the award-winning digital platform Oprah.com. Access OWN anytime, anywhere on WatchOWN.tv, and on discovery+ across mobile devices and connected TVs. For more information, please visit www.oprah.com/own and https://press.discovery.com/us/own/.

About ARRAY
Founded in 2011 by filmmaker Ava DuVernay, ARRAY is a Peabody Award-winning multi-platform arts and social impact collective dedicated to narrative change. The organization catalyzes its work through a quartet of mission-driven entities: the film distribution arm ARRAY Releasing, the content company ARRAY Filmworks, the programming and production hub ARRAY Creative Campus and the non-profit group ARRAY Alliance.

Check out our status sheets to track new TV series pickups, renewals, and cancellations. You can find lists of cancelled shows here.
What do you think? Are you looking forward to watching season six of the Queen Sugar TV series on OWN? How much longer do you think this show should run?