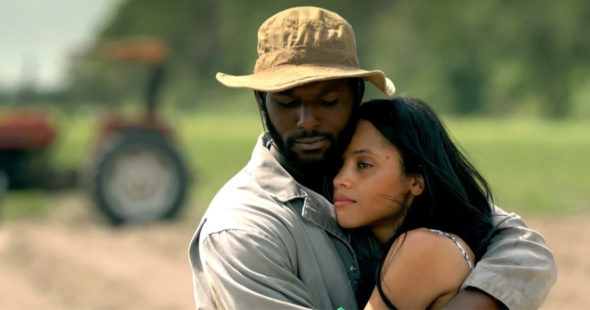 The Queen Sugar season two finale will feature a special guest. This week, OWN announced Oprah Winfrey will host a post-finale special next month.

The drama, which is executive produced by Winfrey, chronicles the lives and loves of the estranged Bordelon siblings, who must come together to try to save the family sugarcane farm in the aftermath of a tragedy. The cast includes Rutina Wesley, Dawn-Lyen Gardner, Kofi Siriboe, Tina Lifford, Ethan Hutchison, Nicholas L. Ashe, Omar J. Dorsey, Dondré Whitfield, Timon Kyle Durrett, Greg Vaughan, and Marycarmen Lopez.

The season two finale of Queen Sugar debuts on OWN on November 15th at 9 p.m. ET/PT. The after-show special, “Queen Sugar Season Finale Special, Oprah & The Cast,” will follow at 10:30 p.m. ET/PT.

Hosted by Oprah Winfrey, who is also an executive producer on the popular drama, the after-show special will feature exclusive interviews with DuVernay, the ensemble cast and an audience of fans. Rutina Wesley, Dawn-Lyen Gardner, Kofi Siriboe, Tina Lifford and other cast members will give fans a chance to ask burning questions as the juicy details and behind-the-scenes moments from season two are revealed.

“Queen Sugar Season Finale Special, Oprah & The Cast” is produced by OWN Studios and sponsored by Procter & Gamble’s My Black is Beautiful and Toyota”

What do you think? Are you a fan of Queen Sugar? Are you excited for the season two finale?

I’ve been a fan of Queen Sugar, but have been very disappointed in S2 that the Calvin/Nova storyline was dropped. There was so much potential for their relationship, like in the real world. @greg_vaughan & Rutina are magic together, wonderful chemistry. Calvin has been missed, only one episode this season. Greg & Rutina lit the screen on . I sincerely hope Calvin will be brought back for S3, PLEASE PLEASE, PLEASE!!!

i’m a huge fan of the show..i just spent this weekend looking at the entire season 1(again ) and all of Season 2 up episode 13 again ..i would watch it all year & wish it would. i don’t want it to end..i’ll have withdrawals when this season ends ..can’t wait for season 3 already.

Yes im a big fan of Queen Sugar. Its the series that definitely does relate to alot of our own lives in everyday life and society as a whole. My favorite on the show is Nova Bordelon, played by Miss Rutina Wesley. The character Nova she portrays reminds me of the 3 most important people out of all others, that were such an important influence in my life: my mother, my father and my godmother. To me i see 3 sides of Nova’s character that’s a combination of the 3 people that influenced my upbringing and growth, that now passed… Read more »

I’m a white American fan of the show. I’m not a fan of how the article reads that it appeals to black audiences. I feel ALL women are strong no matter race, color or creed. I enjoy this show for the storyline PERIOD! e all face obstacles in our lives, stop dividing us, this show is unity and about family in my eyes. I appreciate the message. That’s all I see. It’s a great show.

No im not ready for the season finale! The season’s are way too short!