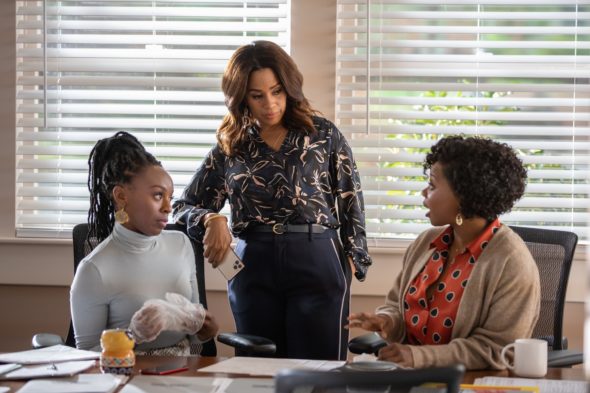 Delilah Connolly (Hill) is a headstrong and highly principled lawyer who lives in Charlotte, North Carolina. She does her best to raise two kids alone and keep her ties to family, friends, and faith strong. At the same time, Delilah seeks justice for those who need it most, in a time when the rich and powerful of Charlotte and beyond will do anything to stop her.

Delilah left a demanding white-shoe law firm a decade ago and hung up her own shingle so she could make raising her kids her top priority. Now, she takes on cases the big firms ignore and finds herself, more often than not, going head-to-head with the powerful and privileged as she fights for the disenfranchised.

In addition to raising her two kids, Maia (Jacobs) and Marcus (Rankins), Delilah also cares for her young nephew Dion (Johnson)and manages her relationship with her frustrating ex (Lyriq Bent). At work, she has the support of her new and ambitious assistant, Demetria Barnes, (Heyward) and Harper Omereoha (Akagha), Delilah’s unfailingly sunny secretary.

But this case is different: This time, Delilah’s most cherished friendship is on the line. Nevertheless, there are lives at stake. So, Delilah does what she always does – she seeks justice for those who need it most.

Series Finale:
Episode #8 — The Long Game
Mediation day has arrived, and Delilah tries her best to convince Leah to do the right thing. Tamara tries one last time to end the case and save her friendship with Delilah. A mystery involving both Casey and Jamal provides an unexpected way forward for Delilah and Tamara.
First aired: April 27, 2021.

What do you think? Do you like the Delilah TV show? Do you think it should have been cancelled or renewed for a second season?