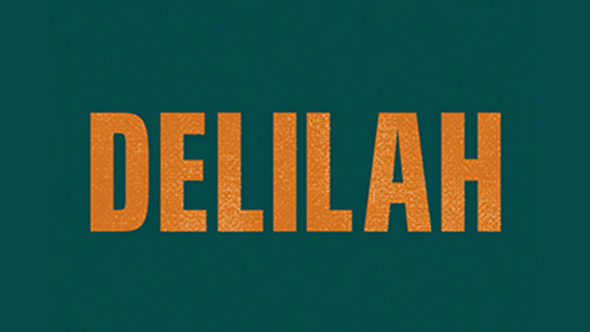 OWN has revealed additional casting for the cable channel’s upcoming drama series, Delilah. In the show, Maahra Hill stars as Delilah Connolly, a headstrong, highly principled lawyer living in Charlotte, North Carolina. Others in the cast include Jill Marie Jones, Susan Heyward, and Ozioma Akagha. The series debuts at some point in March.

Here’s more information about the casting and the characters that the actors will be playing:

Delilah left a demanding white-shoe law firm a decade ago and hung up her own shingle so she could make raising her kids her number one priority. Now she takes on cases the big firms ignore and finds herself, more often than not, going head-to-head with the powerful and privileged as she fights for the disenfranchised. In addition to raising her two kids, Maia and Marcus, Delilah also cares for her young nephew Dion; manages her relationship with her frustrating ex; and to top it all off, she’s about to go up against her best friend Tamara in court for the first time. Delilah has always represented the underdogs. Tamara has always represented the wealthy and powerful. But this case is different: this time, Delilah’s most cherished friendship is on the line, and there are lives at stake. But Delilah does what she always does – she seeks justice for those who need it most.

The series is produced by Warner Bros. Television and Harpo Films, filmed in Charlotte, North Carolina, and will air on OWN in March 2021.

The new series regulars announced include:

Kelly Jacobs plays ‘Maia’ – smart, feisty, and creative, Maia is Delilah’s teenage daughter. She’s confident and unafraid to speak her mind or stand up for herself. A talented violinist, Maia plays with the school orchestra, but when she meets Miss Virginia, a renowned former violinist who offers to give Maia free lessons, Maia sets her sights on bigger aspirations, much to Delilah’s dismay. (Series Regular)

Khalil Johnson plays ‘Dion’ – Dion is Delilah’s nephew, her brother Nate’s son. Dion has not had an easy life and all he wants is some stability and his absent mother’s love. However, the love he’s getting from his aunt is unconditional – and he’s starting to feel at home. (Series Regular)

Braelyn Rankins (“Faith Under Fire,” “Genius”) plays ‘Marcus’ – a sweet kid, Marcus is Delilah’s son. Energetic, confident and sharp, he is a little annoyed that his five-year-old cousin has been staying at the house – and wonders how long he has to put up with it. Nonetheless, Marcus is a good-natured boy who likes to have a good time. Also perceptive, when he sees his mother is distracted, he knows how to make her smile. (Series Regular)

Lyriq Bent (“Four Brothers,” “She’s Gotta Have It,” “Saw”) plays ‘Gordon’ – Delilah’s ex-husband and the father of their kids. Unfortunately, his good looks and charisma have caused him some problems. A professor, he slept with one of his college students, losing his job and his marriage to Delilah as collateral damage. Despite their differences, he and Delilah must work together to coparent the kids they both love. (Recurring)

Joseph Callender (“Overcomer”) plays ‘Andre’ – a man who has considerable authority over Christine, he’s “visiting” her apartment and claims to be a friend of both Nate and Christine. But the nature of his “friendship” with Christine looks mighty suspicious, especially to Delilah. (Recurring Co-star)

LaMonica Garrett (“Arrow,” “Designated Survivor”) plays ‘Casey’ – tall and handsome, “perfection,” Casey is the Deputy Mayor of Charlotte and considered one of the most eligible men around. Charming, intelligent, professional, he is dating Delilah’s best friend, Tamara Roberts. (Recurring)

Leonard Harmon (“Black Boots”) plays ‘Nate’ – Delilah’s warm-hearted younger brother. He is an Army veteran who has been living in the Veteran Affairs Rehab Center after an injury abroad left him paralyzed and using a wheelchair. While he is adjusting to the VA and his new physical condition, his son, Dion, has been left in Delilah’s care. (Guest Recurring)

Candace B. Harris (“The Single Life,” “Valor”) plays ‘Christine’ – Nate’s estranged wife and Dion’s mother. Too much of a wreck to properly care for her son, she has (briefly) entrusted Dion to Delilah’s care — but “brief” is a very elastic word, and this situation is getting tighter and closer to the snapping point with every passing hour — and so is Delilah’s temper. (Guest Recurring)

Gray Hawks (“Outer Banks”) is cast as ‘Win’ – southern, patrician, he is Tamara’s boss. He likes having her on the team and entrusts her to defuse a challenge the company is facing. If she succeeds, she’ll make partner at his firm. (Guest Recurring)

Joe Holt (“The Walking Dead: The World Beyond,” “The Punisher”) plays ‘Mace’ – a private investigator, and one of Delilah’s good friends. Smart, sharp-witted, with a fun, easygoing manner, he’s always the reliable friend Delilah can turn to for anything, personal or professional. When Delilah asks for his help on Leah’s case, Mace is intrigued. (Recurring)

Saycon Sengbloh (“In The Dark,” “Scandal”) plays ‘Leah’ – Leah and Delilah have known each other since college, but have fallen out of touch in the years that have passed. After suddenly and unjustly being let go from her job, Leah decides to reach out to Delilah hoping her old friend will take on her case as her attorney. Leah is a bit rough around the edges, tired, nervous and skittish from the fallout of her firing. (Recurring)

Amanda Tavarez (“Queen Sugar,” “Cake: The Series”) plays ‘Katya’ – Gordon’s girlfriend, she used to be one of his students, and is ready to take their relationship to the next level by moving in and meeting his kids. (Recurring)

Previously announced cast includes Maahra Hill (“Black-ish,” “How to Get Away With Murder”) starring as Delilah Connolly, a headstrong, highly principled lawyer living in Charlotte, North Carolina. Delilah’s doing her best to raise two kids alone and keep her ties to family, friends and faith strong, all the while ceaselessly seeking justice for those who need it most, in a time when the rich and powerful of Charlotte and beyond will do anything to stop her. Jill Marie Jones (“Girlfriends”) appears as Tamara Roberts, Delilah’s confidante and best friend; Susan Heyward (“Orange is the New Black”), portrays Demetria Barnes, Delilah’s newly hired, fearless, and ambitious associate; and Ozioma Akagha (Marvel’s “Runaways”), plays Delilah’s unfailingly sunny secretary, Harper Omereoha.

She is one of the first African American women to write, produce and direct a 35mm feature film, Alma’s Rainbow (developed at Sundance Institute).

There have been many international retrospectives of Ayoka’s films and several of them are in permanent collections including the Museum of Modern Art and the Whitney Museum of American Art.

In 2018, Ayoka directed a season three episode of Ava DuVernay’s “Queen Sugar” for OWN: Oprah Winfrey Network, for which she was nominated for a 2019 NAACP Image Award for Outstanding Director in Drama. Her animated film, Hair Piece: a film for nappyheaded people, was one of twenty-five films inducted into the 2018 National Film Registry, which preserves films deemed as culturally, historically or aesthetically significant. She received the 2018 BronzeLens Catalyst Award for her pioneering work.

Ayoka’s early films are currently being archived and preserved at the Academy of Motion Picture Arts & Sciences and in 2020 will be rereleased by Milestone Films.

In 2019 Ayoka directed a season four episode of “Greenleaf” for OWN, back-to-back episodes of “Trinkets” for Netflix and later in the year was invited by Ava DuVernay to direct the season four finale of “Queen Sugar.”

Based on her interactive sci-fi fantasy film, HERadventure, Ayoka was invited to be a TEDxAtlanta Speaker where she presented on imagination and diversity in sci-fi/fantasy films.

Black Women Animate and the Cartoon Network honored Ayoka Chenzira in 2020 with the Cultural Innovator Award.

Ayoka is a member of the Director’s Guild of America. She is the Division Chair for the Arts at Spelman College.

Crystle C. Roberson – Since being honored by Women in Film & Television Atlanta with the Woman to Watch Award in 2008, Crystle has been creating cinematic stories for all who wish to see. Born in Germany and raised in the heart of middle Georgia USA, Crystle fell in love with film as a teenage photographer and continues a life of unique expression through the camera.
Crystle was awarded by HBO, Chase, and Kodak for her short film Next Door’s Next (2009) and has written/directed dozens more indie projects to date – including Private Garden with Idris Elba, The Black Cage with Mykelti Williamson, The End Again with Columbus Short and most recently Black Girls Guide to Fertility with Raney Branch. Crystle is a proud member of Yale University’s Storytellers in Modern Media Program. A 2018 Sony Pictures Diverse Director Program Participant, Crystle is a member of the Directors Guild of America and has directed many episodes of television including the hit series “Greenleaf” on OWN: Oprah Winfrey Network, “American Soul,” on BET, and “Diary of a Future President” on Disney+. Currently, she is in development of a dramatic series as co-creator and writer at HBO.

In addition to creating and executive producing OWN’s hit drama series “Greenleaf,” Craig Wright is currently developing a spinoff of “Greenleaf” for OWN. Wright served as writer and producer on “Lost” and “Six Feet Under,” and was supervising producer on the long-running series “Brothers and Sisters.” He was Emmy-nominated for his writing on “Six Feet Under,” and received three WGA Award nominations, winning the Dramatic Series award in 2004 for “Lost.” In addition, Wright was executive producer and writer for “Tyrant” and “Rush” and was consulting producer on “United States of Tara.”

“Delilah” is produced for OWN by Warner Bros. Television and Harpo Films. The executive producers are Craig Wright, Charles Randolph-Wright, and Oprah Winfrey.

What do you think? Do you plan to check out the new Delilah TV series? Do you watch other OWN drama series?

I Really look Forward to seeing this Show Delilah!!! I Pray they(Own) Renews for 2nd Season!!!

I am loving the show so far. Enjoy the positive role models for Blacks especially our Black women. I was wondering where I could purchase the purse Maahra Hill carries. I love it .

did you ever find out?? I want it too!

I watch OWN t.v. but I am hard of hearing. No matter if I turn the volume to the maximum on the t.v., it is not clearly heard by people with hearing problems. I have been told that when shows are being produced in the studios, the producers can do something with their technical machinery to make the sound louder on t.v.’s so people can hear better. It is so difficult and frustrating. Whom would I write to or talk to about this issue. A lot of people say the same as I do but no one knows how to… Read more »