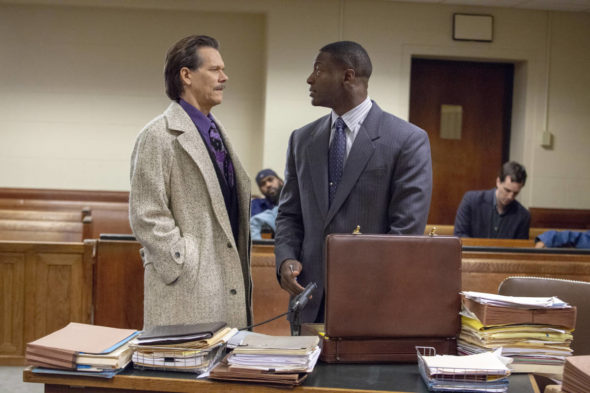 It’s time to return to the streets of Boston. Showtime has announced that the second season of the City on a Hill TV show will debut on Sunday, March 28th. There will be eight episodes this time.

Season two centers on a federal housing project in the Roxbury neighborhood of Boston that is plagued with drug violence and a rightful distrust in local law enforcement. As coalition leader Grace Campbell (Pernell Walker) works tirelessly on behalf of the community, her efforts are undermined by gang activity happening right under her nose. Enter irreverent FBI agent Jackie Rohr (Bacon), who is here to exploit Boston’s defective criminal justice system in a desperate attempt to salvage his own career. Unfortunately for Jackie, assistant district attorney Decourcy Ward (Hodge) is onto his adversary’s latest misstep. In time, the personal antagonism between these two escalates to an all-out war between the offices of the U.S. Attorney and the Suffolk DA. No one is safe from the collateral damage. 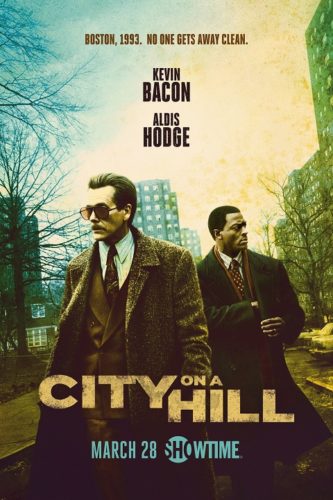 What do you think? Did you watch the first season of City on a Hill on Showtime? Are you planning to watch season two?

pl renewed another season so good look forward to every episode enjoy it and love it. Never missed anyone.

Please boost your ratings so good look forward every episode. enjoy it and love it never missed any episode it.

Love this show great stories and finally a show that doesn’t have to have gross naked bodies in every scene. This is pure entertainment something that viewers are not getting enough of. Love Kevin Bacon even in this role as well as other actors. Please writers don’t ruin it like a good Canadian cop show just did by letting too much sex get in the way of good stories.

I heard that Leon (The Temptations, Cool Runnings) has joined the cast for season 2, is that confirmed?
I sure hope so!!

Season One was amazing, filled with treachery, made believable with an outstanding cast of actors.
Excited to see what’s to happen next in Season Two.