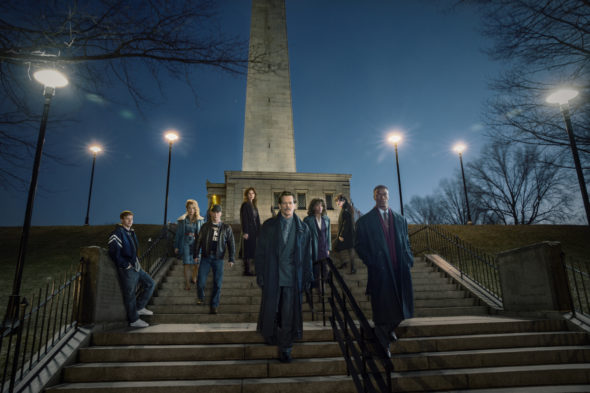 TV show description:
From creator Chuck MacLean and based on an original idea by MacLean and Ben Affleck, the City on a Hill TV show is an American drama which unfolds in 1990s Boston, at the dawn of the “Boston Miracle.” Also known as “Operation Ceasefire,” the so-call miracle was named for the results of a problem-oriented policing approach that Boston implemented in the mid-90s to decrease gun violence.

When DA Ward arrives in town, he ends up forming an alliance with FBI Agent Jackie Rohr (Bacon). Their partnership is something of a surprise since a little corruption never bothered Jackie. For that matter, neither did a lot.

Together, this newly minted duo targets a Charlestown family of armored car robbers. As the case expands and starts to take shape, it becomes more clear that its tentacles permeate the criminal justice system in Boston.


What do you think? Do you like the City on a Hill TV series? Should this Showtime TV show be cancelled or renewed for another season?

This is such a fantastic show. Great actors and story. Definitely looking forward to future seasons.

Please boost your ratings so good love it and enjoy it renewed another season worth watching look forward every episode every Sunday late night. Never missed anyone,

Excellent cast, show and writing. Should be renewed

I think it should be cancelled.