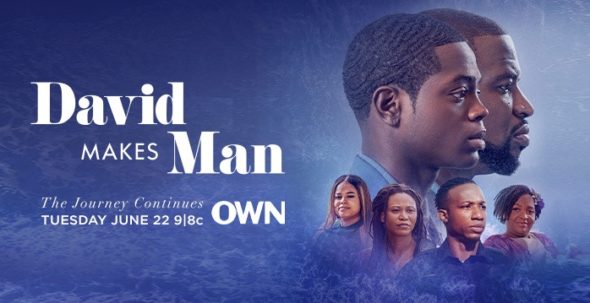 OWN has produced several original drama series over the years and most of them have performed well enough in the ratings to be renewed for multiple seasons. Will David Makes Man last a long time? Will it be cancelled or renewed for season three? Stay tuned.

A coming-of-age drama, David Makes Man revolves around a young man named David from the projects. He’s haunted by the death of his friend and is relied on by his hardworking mother to find a way out of poverty. In season two, David (Kwame Patterson) is in his 30s and is a rising businessman with an opportunity that could change his life and community. The show stars Patterson, Arlen Escarpeta, Akili McDowell, Alana Arenas, Travis Coles, and Cayden K. Williams. Recurring season two actors include Tony Plana, Brittany S. Hall, Erica Lutrell, Zsane’ Jhe’, Bobbi Baker, Patrice Arenas, Trinity Cidel, Brandi Huzzie, Rodney Gardiner, and Janmarco Santiago.

For comparisons: Season one of David Makes Man on OWN averaged a 0.09 rating in the 18-49 demographic and 412,000 viewers in the live+same day ratings.

What do you think? Do you like the David Makes Man TV series on OWN? Should it be cancelled or renewed for a third season?