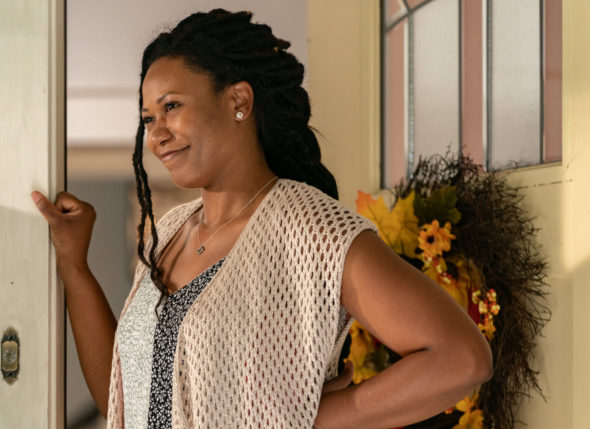 How long will David’s story last? Has the David Makes Man TV show been cancelled or renewed for a third season on OWN? The television vulture is watching all the latest cancellation and renewal news, so this page is the place to track the status of David Makes Man, season three. Bookmark it, or subscribe for the latest updates. Remember, the television vulture is watching your shows. Are you?

Airing on the OWN cable channel, David Makes Man revolves around a young man named David from the projects. He’s haunted by the death of his friend and is relied on by his hardworking mother to find a way out of poverty. In season two, David (Kwame Patterson) is in his 30s and is a rising businessman with an opportunity that could change his life and community. The show stars Patterson, Arlen Escarpeta, Akili McDowell, Alana Arenas, Travis Coles, and Cayden K. Williams. Recurring season two actors include Tony Plana, Brittany S. Hall, Erica Lutrell, Zsane’ Jhe’, Bobbi Baker, Patrice Arenas, Trinity Cidel, Brandi Huzzie, Rodney Gardiner, and Janmarco Santiago.

The second season of David Makes Man averaged a 0.05 rating in the 18-49 demographic and 281,000 viewers in the live+same day ratings (includes all DVR playback through 3:00 AM). Compared to season one, that’s down by 48% in the demo and down by 32% in viewership in the live+same day ratings (including DVR playback through 3:00 AM). While these numbers don’t include further delayed or streaming viewing, they are a very good indicator of how a show is performing, especially when compared to others on the same channel. Though other economic factors are involved, the higher-rated shows usually get renewed and the lower-rated ones get cancelled. Find out how David Makes Man stacks up against other OWN TV shows.

Will OWN cancel or renew David Makes Man for season three? While the traditional ratings in the first season weren’t great, this drama was still renewed. The ratings for season two haven’t been any better and, once lead-in  The Haves and the Have Nots completed its run, the numbers really dropped. While I think it’s possible that this series may be renewed, I wouldn’t be surprised if it were cancelled.  I’ll update this page with breaking developments. Subscribe for free alerts on David Makes Man cancellation or renewal news.

What do you think? Do you hope that the David Makes Man TV show will be renewed for a third season? How would you feel if OWN cancelled this TV series, instead?

It is canceled.. DMM’s storage facility has been cleaned out and props/set pieces were shipped out to other WB productions.. Unless another studio picks it up, it will be “permanently resting”, but as of now WB/HST is done with it.

Best show on television. Hope it has a third season