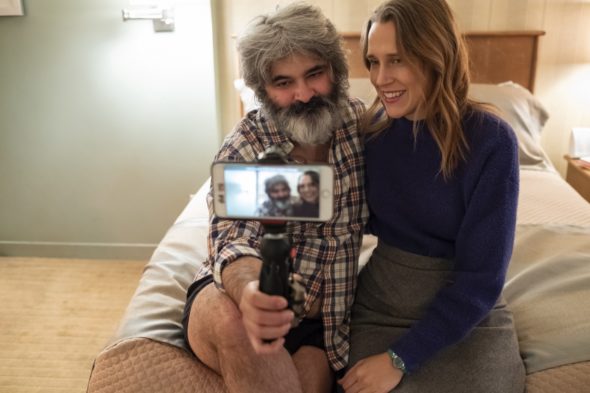 An HBO live-action anthology, Room 104 hails from Mark Duplass and brother Jay Duplass. The story features the continuing action, in a single room in an American motel. Each episode is akin to a short, self-contained film and features a revolving cast. Although stories always play out in the same chain motel room, the series explores different eras as well as genres, including comedy, horror, and drama.

Will HBO cancel or renew Room 104 for season three? The ratings were quite low last year so I’m not sure they’re all that useful in assessing this show’s chances. For now, I’ll keep an eye on the Nielsens though, and any industry news, and update this page with new developments. Subscribe for free updates on any Room 104 cancellation or renewal news.

Update: HBO has renewed Room 104 for a third season of 12 episodes.

What do you think? Should the Room 104 TV show be renewed for a third season? How would you feel if HBO cancelled this TV series, instead?

I hope this is the end, this season was horrible.

ROOM 104 has so many great stories with so many twists and turns, please renew for Season 3!