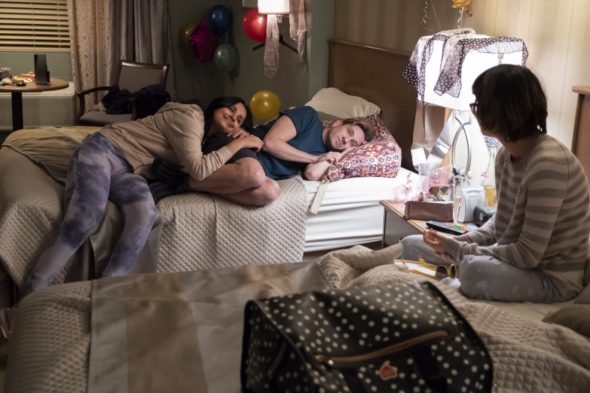 How inviting is the second season of the Room 104 TV show on HBO? As we all know, the Nielsen ratings typically play a big role in determining whether a TV show like Room 104 is cancelled or renewed for season three. Unfortunately, most of us do not live in Nielsen households. Because many viewers feel frustration when their viewing habits and opinions aren’t considered, we’d like to offer you the chance to rate all of the Room 104 season two episodes here. *Status update below.

An HBO anthology TV series, Room 104 hails from Mark Duplass and brother Jay Duplass. The story features the continuing action, in a single room in an American motel. Each episode is akin to a short, self-contained film and features a revolving cast. Although stories always play out in the same chain motel room, the series explores different eras as well as genres, including comedy, horror, and drama.

What do you think? Which season two episodes of the Room 104 TV series do you rate as wonderful, terrible, or somewhere between? Should HBO cancel or renew Room 104 for a third season? Don’t forget to vote, and share your thoughts, below.

*Update: HBO has renewed Room 104 for a third season of 12 episodes.