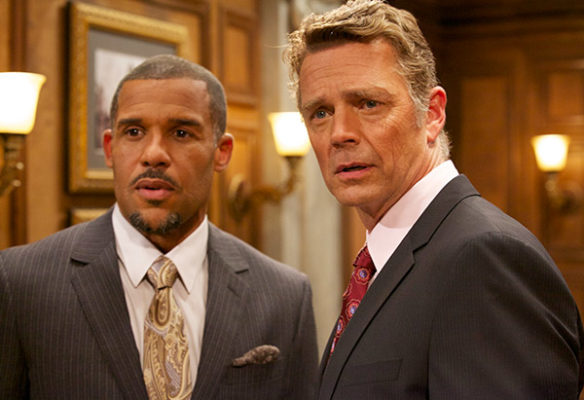 What’s next for The Haves and the Have Nots? Recently, star Gavin Houston spoke with MetroWeekly about the future of the OWN TV show.

In the interview, Houston revealed The Haves and the Have Nots has already been renewed for a ninth season by OWN. The show is currently in its sixth season and according to Houston, seasons seven and eight have already been shot:

In two weeks we’re going back for season 9. We’re like the NCIS of melodrama. It keeps going, and it’s still a hit on OWN, and it is such a blessing. What it’s really a testament of, I think, is the cast, because we’re so close.

OWN has yet to confirm the renewal.

What do you think? Do you watch The Haves and the Have Nots? Are you glad it’s coming back?

By the time I got to season 2 I had already lost interest. Same things happening to different people and all bad.

please bring it back!!!

YES PLEASE BRING IT BACK I LOVE THIS SHOW

I can’t wait bring it back

I agree! Love this show and can’t wait for it to return. But, at times, I don’t agree with the storyline-the direction some of the characters have taken.

Love the haves and have nots. Please bring back.

I can’t wait. I love this show. It is my Tuesday note guilty pleasure.!

I can’t wait for season nine to be out..haves and have not is my favorite,

The Haves and The Have Nots is my favorite series and I recommend it to all my friends.

Yes I am glad it is coming back dont leave us hanging. I wish the network could give viewers notice when it will not come air the regular dates. 3/10 is the last episode…why?

Loooove Haves and HaveNots!!!!!!!!Always on the edge of my seat!!

Proud to say I have never missed not ONE episode from the very first season.( Not one show MISSED). ABSOLUTELY LOVE IT!!!!!!

I have watched it from the beginning and can’t wait, every week for the next episode. The people are so real and sometimes I get so angry at Veronica but can’t wait for it each week When will the next episode aire? soon I hope When I asked the ? wjen it will be on again, it just says Jan 2020. That date has come and gone, I know because I saw it already. Please explain.