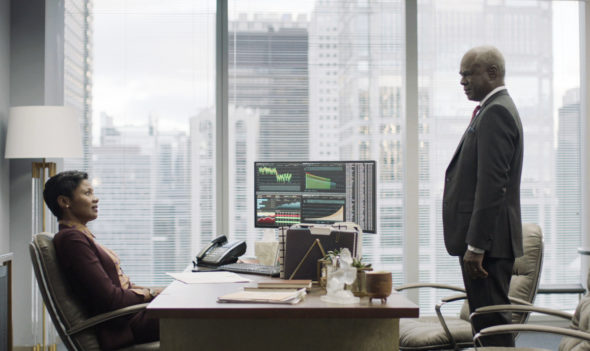 Is this the end of the line for the Calder-Harrison, Young, and Evans families? Has The Red Line TV show been cancelled or renewed for a second season on CBS? The television vulture is watching all the latest TV cancellation and renewal news, so this page is the place to track the status of The Red Line, season two. Bookmark it, or subscribe for the latest updates. Remember, the television vulture is watching your shows. Are you?

The first season of The Red Line averaged a 0.36 rating in the 18-49 demographic and 3.85 million viewers. Find out how The Red Line stacks up against the other CBS TV shows.

The ratings are terrible so I’m sure there won’t be a second season. The series is billed as a “limited series” which is supposed to indicate that a season has a pre-determined number of episodes but could have multiple seasons (versus a mini-series which is one season and completely close-ended). If the ratings were stronger, perhaps the network would make a second season with a different story and/or cast (ala FX’s  American Horror Story or ABC’s American Crime). In any case, I’ll update this page with breaking developments. Subscribe for free alerts on The Red Line cancellation or renewal news.

6/7/19 update: It’s been confiirmed that there won’t be a second season for The Red Line TV show on CBS.

What do you think? Do you like The Red Line TV series on CBS? Should it have been cancelled or renewed for a second season?

This is a GREAT television show!! So inline with issues our country faces today. Pls, pls renew!!

Renew as quickly as possible

Please bring back the Red Line

Love this show and would very much like a season 2

Definitely need to renew for season 2. Love the show!

One of the best shows I’ve seen on CBS…. please renew it!!

Great show, very realistic to the world and events that are taking place today. Hoping it is renewed.

I think the show was honest and I liked it a lot. But it was up against tough competition. I would like to see it renewed.

YES! I wish I could watch Season 2 right now!

I think the show is awful the worst show i’ve ever seen . Please cancel it