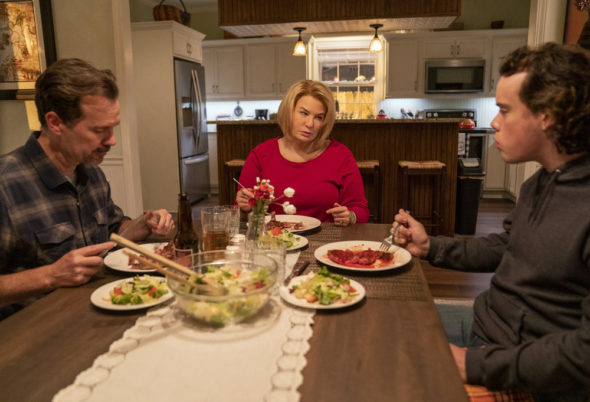 An NBC crime drama series, The Thing About Pam TV show is narrated by Keith Morrison and is based on an actual case that was featured on several episodes of Dateline NBC. The series stars Renée Zellweger, Josh Duhamel, Judy Greer, Katy Mixon, Glenn Fleshler, Gideon Adlon, Sean Bridgers, Suanne Spoke, and Mac Brandt. Taking place in 2011 Missouri, the story is based on the brutal murder of Betsy Faria (Mixon) that resulted in the conviction of her husband, Russ (Fleshler). He insisted that he didn’t kill his wife and Russ Faria was later exonerated. The brutal crime set off a chain of events that would expose a diabolical scheme deeply involving Betsy’s co-worker, Pam Hupp (Zellweger).

I didn’t like the show at all.I was very disappointed with such a big actress it was poorly directed and the actors are horrible.I don’t think it will make a second season.I’m not going to watch any more of it.

I couldn’t get thrown the first episode!