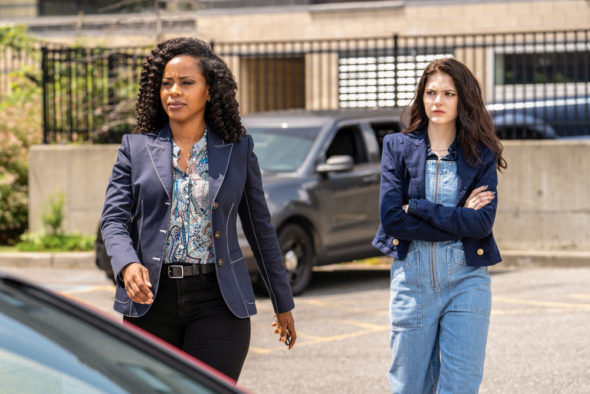 Could Stabler be in over his head in the second season of the Law & Order: Organized Crime TV show on NBC? As we all know, the Nielsen ratings typically play a big role in determining whether a TV show like Organized Crime is cancelled or renewed for season three. Unfortunately, most of us do not live in Nielsen households. Because many viewers feel frustrated when their viewing habits and opinions aren’t considered, we invite you to rate all of the second season episodes of Organized Crime here. Status Update Below.

An NBC police drama series, Law & Order: Organized Crime is a spin-off of the long-running Law & Order: SVU TV show and stars Christopher Meloni, Danielle Moné Truitt, and Ainsley Seiger. Recurring actors include Dylan McDermott, Tamara Taylor, Mariska Hargitay, Ellen Burstyn, Ron Cephas Jones, Vinnie Jones, Lolita Davidovich, Mykelti Williamson, Guillermo Díaz, Dash Mihok, Michael Raymond-James, Mike Cannon, and Izabela Vidovic. The story follows the detectives of the NYPD’s Organized Crime Control Bureau as they work to dismantle the city’s most vicious and violent illegal enterprises. Det. Elliot Stabler (Meloni) returns to the force after a decade away and must rebuild his life after a devastating personal loss. Stabler’s sergeant and partner, Ayanna Bell (Truitt), leads the task force and has a long-game strategy to take them down from the inside. Observant and deceivingly smart, Jet Slootmaekers (Seiger) utilizes her tech expertise and hacking skills to give the team a leg up on striking their target.

What do you think? Which season two episodes of the Law & Order: Organized Crime TV series do you rate as wonderful, terrible, or somewhere between? Do you think that Organized Crime should be cancelled or renewed for a third season on NBC? Don’t forget to vote, and share your thoughts, below.

Love this show! Love the format and fast pace. Twists and turns, edge of your seat show. Chris Meloni is perfection.

Stopped watching Law and order SVU and instead have enjoyed watching law and order organized crime. I like that the storyline continues each week and I would definitely like to see another season

Especially like OC–different from any of the others, interesting and insightful with respect to the characters.

Great show! Love anything that Dick Wolf does. He is a genius!

Just renewal it please. I love the show.

So happy to see the show move on from Wheatley…it was dragging and needed fresh writing off of him and they did it. The whole identity of Stabler’s new Undercover is getting exciting. I do hope they don’t stick to Only this storyline for too long. Better to move to new fresh characters within the criminal organized crime world. God knows there’s enough to choose from. Bringing his mom back into the story…smart. bipolar is hot now and being a woman with it I was glad to see updates on just how tough it is. I’d like them to show… Read more »

Renew the show. An excellent show, continuation of the law and order special victims unit. Especially seeing Christopher Meloni reprise his role. Just need to show a rerun the same night after the new episode first was shown especially if some of us didn’t get an opportunity to watch it the first time.